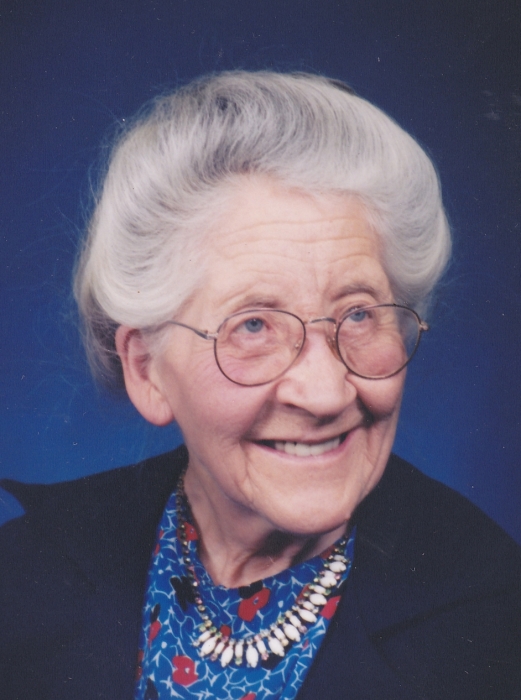 Marci’s maternal grandmother, Virginia Hettinger, died on December 5, 2018 after an extended decline in health. She was 94 years old. I was asked to deliver the message at her funeral yesterday. Here’s an adapted version of what I shared:

[Jesus said] “Very truly I tell you, whoever hears my word and believes him who sent me has eternal life and will not be judged but has crossed over from death to life. (John 5:24)

As we enter into the darkest time of the year and the Advent season unfolds around us, we remember Virginia Hettinger, who died last week. I’m married to Virginia’s granddaughter, Marci. I also serve as pastor for a Collegiate church at Kent State University called H2O — which was a frequent topic of conversation with Virginia in life. (she loved to “talk shop” about ministry).

Because of my work with college students, most of the funerals with which I’ve been involved have been very sudden, unexpected, and deeply-sorrowful affairs. It’s different in the case of Virginia, though. Her life was full. Her death came slowly, at the age of 94. And even before she made it into her tenth decade of life, Virginia had done a good bit of thinking about her life, her legacy, her death, and even her own funeral. In the week following her death, the family found a document that was written in April of 1957. This was just as Virginia was getting ready to deliver a baby, and she was fearful that the birthing process might not go smoothly. So she wrote up a sort of Advance Directive to be used in the case of her death. And even though she would live another 70+ years, this Advance Directive from 1957 seems remarkably consistent with the Virginia that I’ve known over the last 30 years. So I thought I would read it for you, here today.

To be opened in case of my death (Mrs. Wm Hettinger):

If I should die before the Lord comes I want that every one who comes to the funeral home or service in the church to receive in song and word the clear simple message of salvation, especially my relatives, neighbors, and parents of any school children who might come. Perhaps in large print could be John 20:31 somewhere on the casket.

For Hymns I want the one used at our wedding “It May Not Be on the Mountain Heights” and “O Love that will Not Let Me Go” to be sung. Also “For You I Am Praying.”

Definitely — announce in papers and to relatives — only one piece of flowers (from immediate family) and any other to go to help some part of Edith’s and Theresia’s work and visual aids for our [Sunday School] such as maps and flannel graph, strip film and slides and someone appointed to take care of them, please.

P.S. – Any of my flannel graph and books that family might not want (save some of nicer ones for Louise) give to Edith and Mrs. Shook.

Now, you might know that a preacher like me can easily fill up a whole sermon with a single dependent clause from a single sentence in a single verse… So Virginia has given me 20-30 hours worth of content here — in addition to some very explicit instructions about her flannel graphs!

I’m joking, of course, but there is some seriously great content in the passages of Scripture to which Virginia alluded in her Advance Directive. They’re passages that speak of the assurance we have when we trust Jesus to shield us from the consequences of sin and death… to give us eternal life… and to live whatever earthly life God may give us in bold, unabashed hope of eternal, heavenly things. 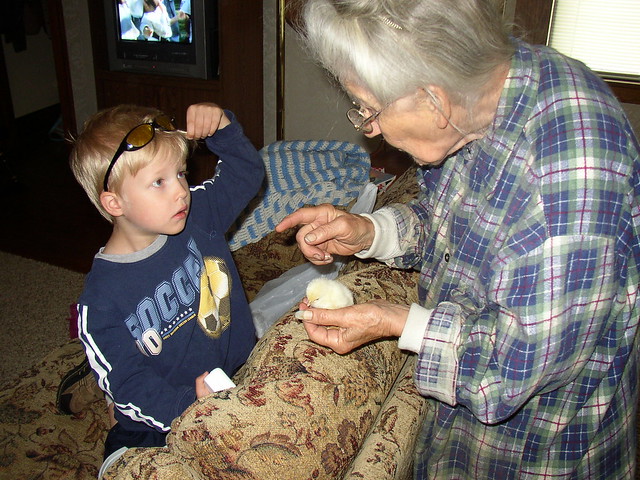 Bold and unabashed sounds like Virginia, doesn’t it? That one verse that she suggested including “in large print” on her casket — John 20:31 — was written towards the end of the Apostle John’s account of the life of Jesus. John saw and heard a lot as one of the Twelve Disciples who walked closely with Jesus throughout his earthly ministry. So as he was winding up his account, he conceded the point that his Gospel was not an exhaustive account of every message or miracle of Jesus. But he summarized his reasons for writing his Gospel as follows:

But these are written that you may believe that Jesus is the Messiah, the Son of God, and that by believing you may have life in his name. (John 20:31)

I can only skim the surface of a couple of those Bible texts, and I’m only briefly alluding to Virginia’s life and legacy here because there’s just too much to cover. But I do believe that all of Virginia’s favorite Bible verses were written… and the days of Virginia’s own life were lived… “that you may believe that Jesus is the Messiah, the Son of God, and that by believing you may have life in his name.” She wasn’t perfect. She knew that. But she was radically-committed to God, and she radically-desired to have His goodness proclaimed.

One of the “Life Verses” in Virginia’s letter came from the third chapter of Philippians:

…I consider everything a loss because of the surpassing worth of knowing Christ Jesus my Lord, for whose sake I have lost all things. I consider them garbage, that I may gain Christ and be found in him, not having a righteousness of my own that comes from the law, but that which is through faith in Christ—the righteousness that comes from God on the basis of faith. I want to know Christ—yes, to know the power of his resurrection and participation in his sufferings, becoming like him in his death, and so, somehow, attaining to the resurrection from the dead.

In a time like this, it’s especially valuable to remember the bigger picture of heaven and earth, life and death: “the clear, simple message of salvation” spoken of by Virginia… God created us to walk with Him. In the beginning, there was no pain or dysfunction or death. But we’ve struggled with sin and separation from God and the fall-out from all our self-centered choices for generations and generations. The battle between good and evil, and between life and death is still very evident around us. All too evident. Still, despite all our best efforts, we cannot manufacture righteousness on our own. Fortunately, God loves us so much that He took the initiative to fix the problem. The Bible says that God loved the world so much that He sent his one and only Son, Jesus, so that whoever believes in Him doesn’t have to perish but can have eternal life. Our righteousness comes from God on the basis of faith.

Jesus said, “I am the light of the world. If you follow me, you won’t be stumbling through the darkness, because you will have the light that leads to life.” If you haven’t considered the state of your own soul, I (and Virginia) would encourage you to look for that light. Choose to believe in Jesus and follow him, so that you can overcome darkness and death and experience everlasting life.

This entry was posted in Church, Family, Preaching. Bookmark the permalink.