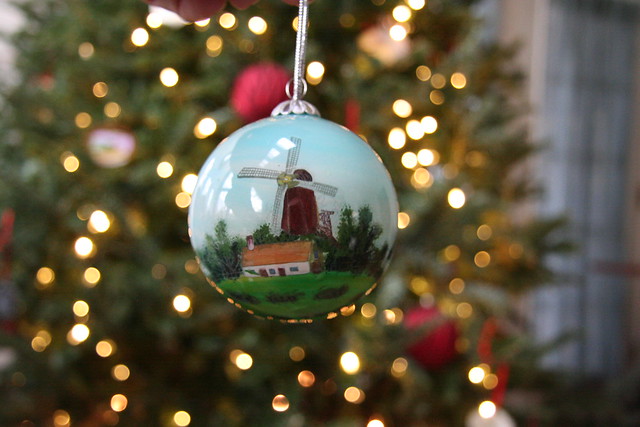 Most of the ornaments on our Christmas tree have a special story or significance. For instance, there is one ornament featuring a scene from the Dutch countryside. It was given to us by our neighbors, Jasper and Katrijn, in the last year before we moved out of our home on the Retiefstraat. Every time we get that particular ornament out of the box and put it on our Christmas tree, we are reminded of our Amsterdam years and all the friends we made there. 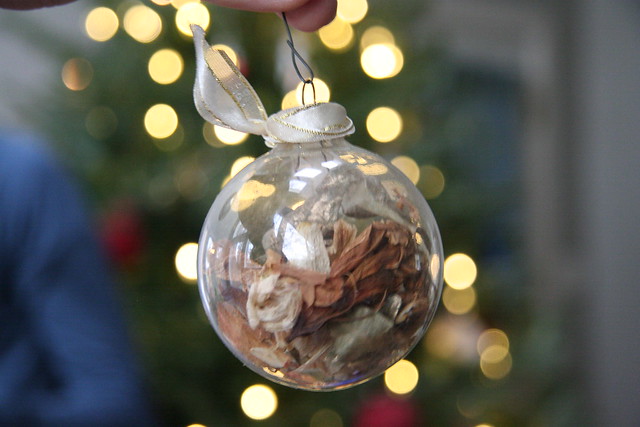 There’s another ornament that holds dried flower petals from the bouquet Marci carried on our wedding day. The top of the ornament features a ribbon that was also used as a part of the decorations for that special day, twenty years ago. Pretty neat, isn’t it?

In addition to these special ornaments that have made their way into our collection through different avenues, our family has a tradition — borrowed from Marci’s family-of-origin — in which the children receive a special ornament which marks a significant experience from the preceding year. 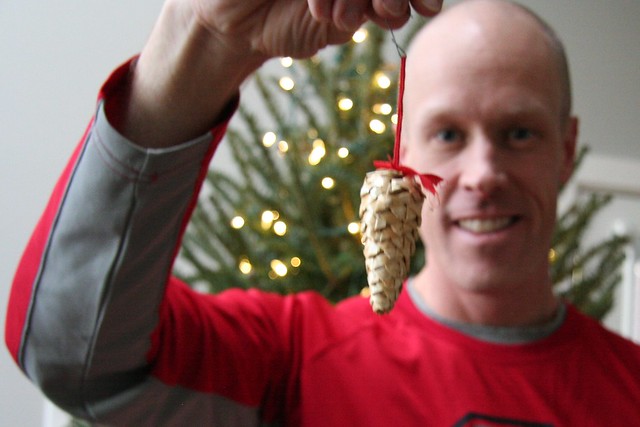 I don’t have specific ornaments for specific years, since I didn’t grow up with the tradition. But if I had to choose a favorite ornament that feels kind of like “mine,” I would choose one of the straw pine cones that we purchased from a street market in Stockholm in December of 2003. It was our first winter in Europe, and on a whim we decided to buy discount airline tickets to Stockholm for Santa Lucia Day (December 13th). Marci, Elliot, and I got to take a break from some of the culture shock and stresses we’d been experiencing in Amsterdam while celebrating our Swedish heritage in Sweden. 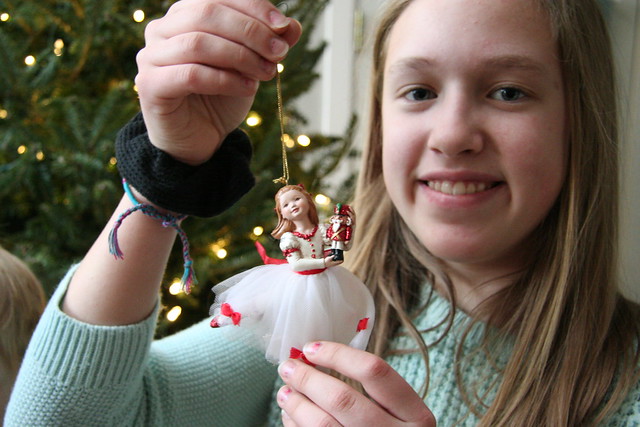 Olivia regularly gushes about her ornament from 2009: Clara (from the Nutcracker). That was the year she got into ballet and fancy dresses and other girly-girl stuff, and her explanation for choosing this ornament as her favorite is consistent with the original thought behind the ornament: “It’s my favorite because she’s so pretty and her skirt is so flouncy. Her shoes are sparkly and red and pretty. And I just remember getting her when I was five, and she just kind of looked like me.” 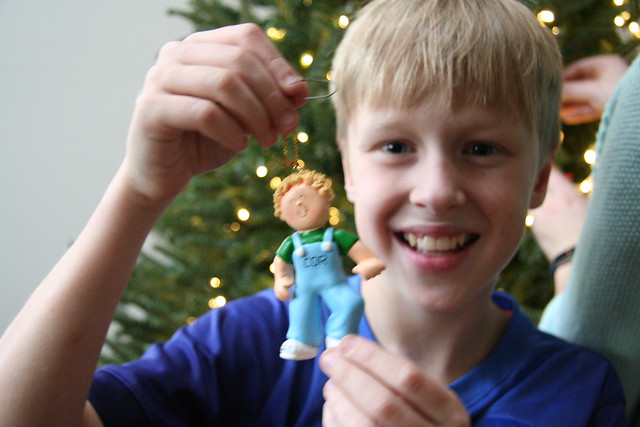 Cor received an ornament in 2009 to mark his first steps. His reason for choosing this ornament as it favorite is simple: “Because it looks like me!” (He declined further comment for this interview). 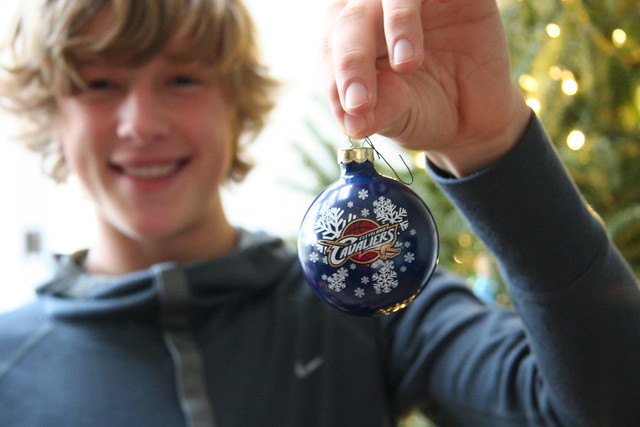 Elliot got a Cleveland Cavaliers ornament a 2009 (there must have been something extra-special about that Christmas, since all our kids’ favorite ornaments come from that year!). It was LeBron James first “last” year in Cleveland. When asked to explain why he likes the Cavs’ ornament, he said: “It’s very sleek, and I like the color of blue that it is. And it’s from my favorite basketball team. We went to the Cavs’ game that year, and they beat the Hornets, and it was awesome. Go Cavs!” 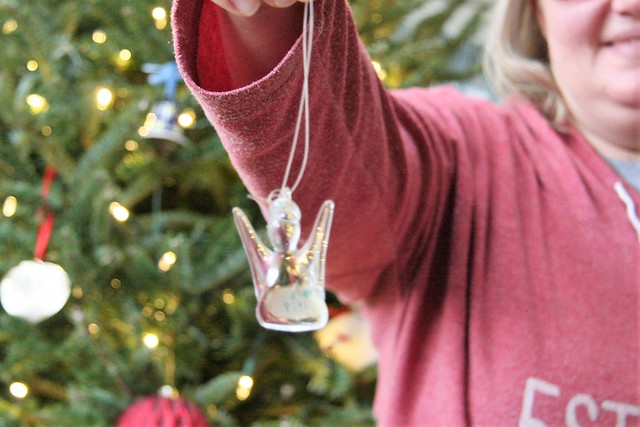 Marci’s favorite ornament goes back to 1979: a small crystal angel. She always liked this ornament, growing up, “Because I could position it on the tree so that one of the lights would shine through it and look so beautiful.”

This entry was posted in Family, Home, Nostalgia, Photography, Traditions. Bookmark the permalink.