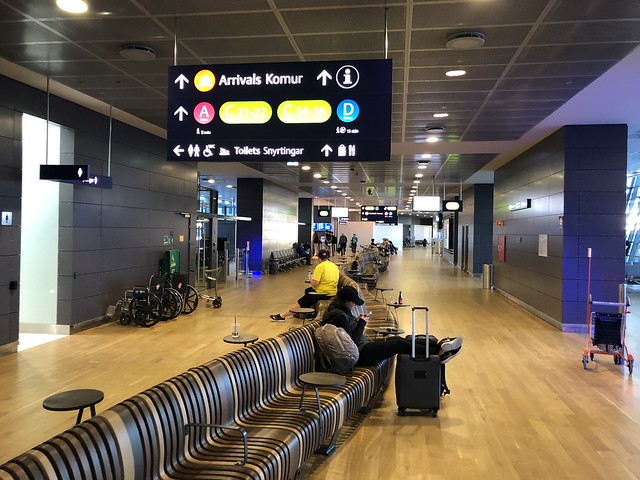 What did I expect: booking with an agency called Kiwi to fly on discount airlines called Easy, Wizz, and Wow?!?

Of course there were bound to be hiccups. They happen quite regularly when international travel is involved, even on the most highly-regarded airlines… But I’m not sure what to think, currently waiting in New York, 24 hours after I first set out (only to be turned back before boarding my first flight out of Cleveland). If it’s taken this long to get through just the first leg of my itinerary (out of seven), I worry that this could be a very long journey indeed.

I’m choosing to embrace the adventure of it all. I’m traveling solo. I don’t have a lot of responsibility for any of the stuff I’m going to do in Europe — mostly just watching, making connections, trying to fill my heart up again with vision for Kingdom work in Europe — and I’m packing very light (everything in my Osprey day pack)… So I can afford to be adventurous. Still, I recognize that this runs counter to my typical mindset: hyper time-conscious, organized, conscientious. I wouldn’t be surprised if this leads to some cognitive dissonance down the line, especially as fatigue sets in. And I know that it’s going to set in. My two longest flights are yet to come (in fact, the leg I’ve already completed was supposed to be the shortest of all seven!). I have a six-hour layover in Stockholm before I even complete the last leg of my eastward journey and get the chance to sleep in a real bed.

Why am I even taking this trip? Why am I still trying to maintain a connection with Great Commission Europe, when it’s been three years since I last set foot on the Continent (unless you count Iceland last summer, I guess) and six years since we sold our house in Amsterdam?!? Why do I try to stay connected with ministry in Amsterdam and Stockholm, when there are clearly dynamics working against meaningful relationships there? Why am I spending down such a significant chunk of my dwindling ministry account balance to be an accessory to end up in environments where people will ask, “And what, exactly, are you doing here?” What is really realistic to expect from a one-week visit — and is it worth it, to be apart from Olivia on her birthday, to be apart from H2O during the most strategic month of the year, to be apart from Ohio during my favorite month of the year?!?

At the very least, I’ve got a lot of time on my hands for wondering, praying, and (perhaps eventually) talking through these things, while I’m traveling this week.

I’m also getting the chance to catch up on a lot of reading, watching, listening, and corresponding. On this trip, I’ve already done three days’ worth of Bible reading. I finished the last 25% of Hillbilly Elegy. I’ve read another 10% of Ron Chernow’s biography of Ulysses Grant. I listened to three of my favorite podcasts. I followed up on all of the people from The Well who indicated an interest in H2O’s Outward Teams and kept my inboxes zeroed out. I’ve done five pages’ (and counting) worth of journaling. I’ve watched three full-length feature films (though none of them were particularly worthwhile), and I’ve watched Games 5, 6, and 7 of the 2016 NBA Finals (which were very worthwhile).

It may be somewhat symbolic — a stand-in for all of my questions about European ministry (enumerated above) — but I’ve found myself marveling at those 2016 Cleveland Cavaliers. They were really something special. LeBron James was amazing, of course, but the rest of the team was outstanding, as well. Kyrie Irving was magnificent (especially in Game 5). Tristan Thompson was a monster on defense, rebounding, and hustle plays (especially in Game 6). JR Smith played his guts out, hitting key shots, throwing up some beautiful alley-oops, and hustling on defense. Richard Jefferson logged some quality minutes. Kevin Love was, surprisingly, a non-factor in Games 5 and 6, but he made solid contributions in the decisive Game 7. That team was no fluke. They legitimately beat one of the greatest teams in NBA history (those Warriors could flat-out play) and thus proved themselves to be an all-time great team. It’s been a little sad to think about how much the team has broken up in the last couple of years — but I saw it’s better to have loved and lost than never to have loved at all.

This entry was posted in Culture, Europe, Introspection, Nostalgia, Travel. Bookmark the permalink.