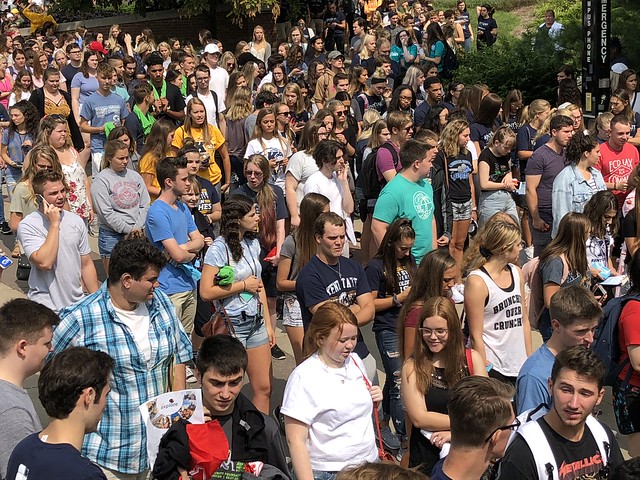 Kent State University announces its enrollment figures every year, around this time. And since our ministry is so closely tied in with the University, I always hope to catch the news to learn more about the demographics of our mission field. Fortunately, I checked the Akron Beacon Journal this morning and saw their article on Kent State enrollment.

Here’s some of the information that was most interesting to me:

I’m not really surprised by any of these figures. I’ve been feeling (and getting discouraged by) the dip in international enrollment for a couple of years now. I’ve noticed (and been encouraged by) students coming in with varying levels of academic standing, such as first-semester sophomores, and generally studying harder.

Regardless of the numbers, I love Kent State University — and I’m proud to be a part of the campus community.

This entry was posted in H2O Kent, Kent, Recommended Reading. Bookmark the permalink.