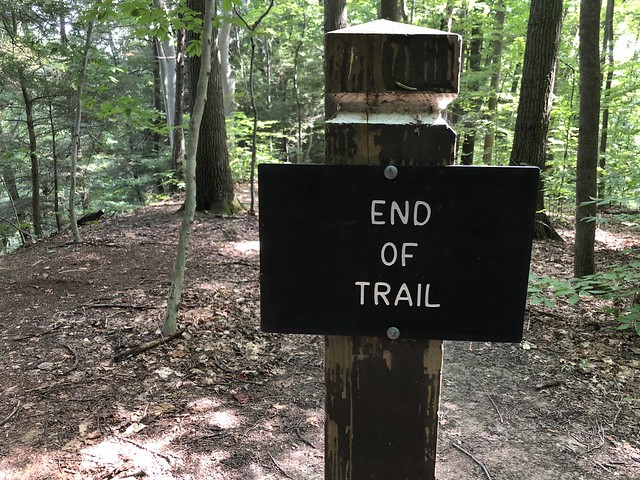 We’ve made it to the end of our busiest, sweatiest, most strategic season of the Collegiate ministry year!

I’ve been taking some time to reflect and recreate this weekend, and when I saw the above sign in the Cuyahoga Valley National Park on Friday, I thought it was emblematic. In some ways, of course, the trail is only beginning — with 95 percent of the school year still ahead of us — but in other ways, I think it’s good to celebrate the ground that has been covered and enjoy some rest from our labors on this Labor Day weekend. 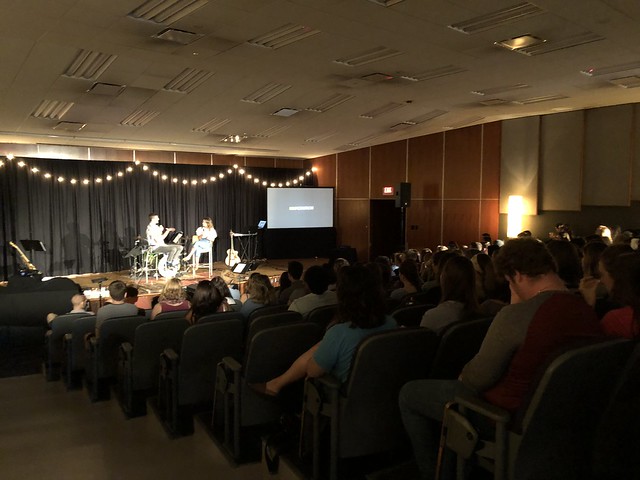 We had a record 330 people attend H2O’s first worship gathering of the year! 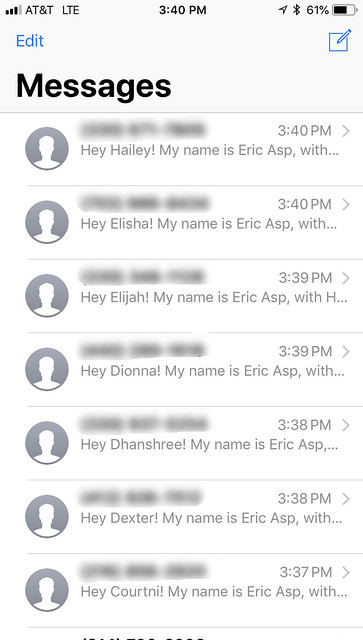 Thursday brought about our last round of follow-up communication with people who had filled out surveys expressing interest in H2O at the beginning of the year. It doesn’t seem like it would be all that difficult to sit in a chair and use one’s fingers to send a bunch of text messages — but somehow, it  felt exhausting. (I know that I wasn’t the only one from H2O who felt that way). It takes a good amount of emotional energy to keep putting ourselves “out there” and engaged with the process of following up on new people — especially considering the resources that had been expended throughout the week leading up to that last round of communications.

But it felt totally worth it when we had a large and lively turnout for our first Life Group Bible study of the year. And by the end of that Thursday night, we had completed our first weekly cycle of events that we will maintain for the rest of the school year! It felt good to know that we had made it to the end of “Welcome Week” and could start establishing a rhythm for the semester.

(Even over the Labor Day holiday weekend — when a lot of students go home to be with their families — our worship gathering numbers were up significantly from last year. So there seems to be a lot of promise and potential for what God will do this year!) 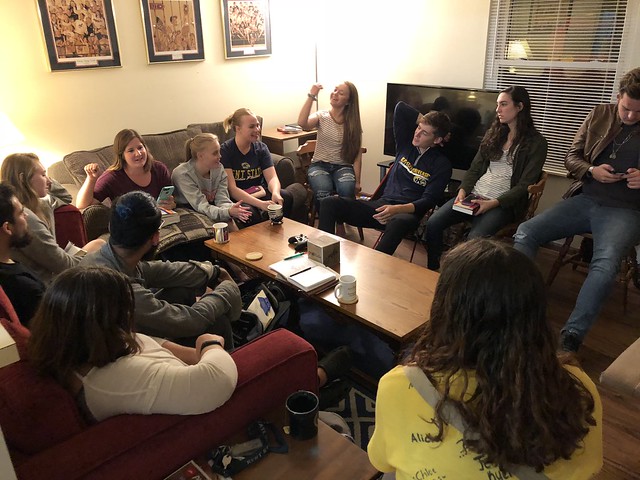 On Friday morning, I drove to the Cuyahoga Valley National Park for some extended time with God. Out of all the spectacular places I’ve seen in the U.S. National Parks this year (and I’ve seen a lot!), the CVNP still holds a very special place in my heart, as sacred ground — a kind of sanctuary — for my soul. 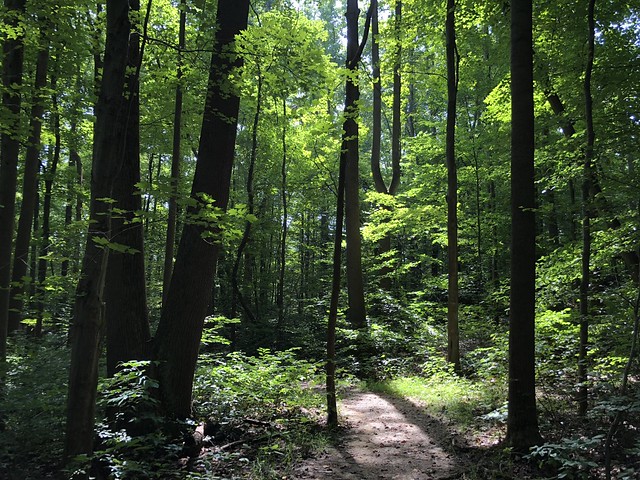 I was also happy that the heat eased up for that day, so I could enjoy my time in the forests, fields, and wetlands around Oak Hill. It was a deep time of communion with the Lord as my shepherd, leading me beside green pastures and sitting beside quiet streams. Capping things off with some lunch at Donato’s, I felt like my weekend of recovery was off to a great start. 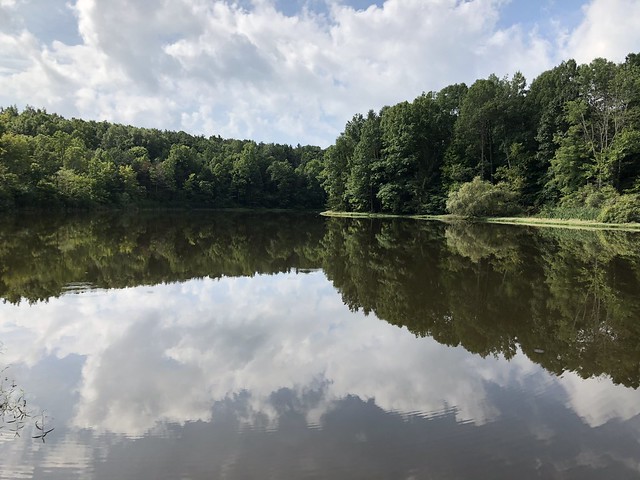 On Friday evening, we got to enjoy a neighborhood production of Peter Pan, featuring Olivia as Wendy and Cor as Smead. Our neighbor Julia has a background in literature and drama, and she helped to organize everything, with Olivia playing a particularly meaningful support role. 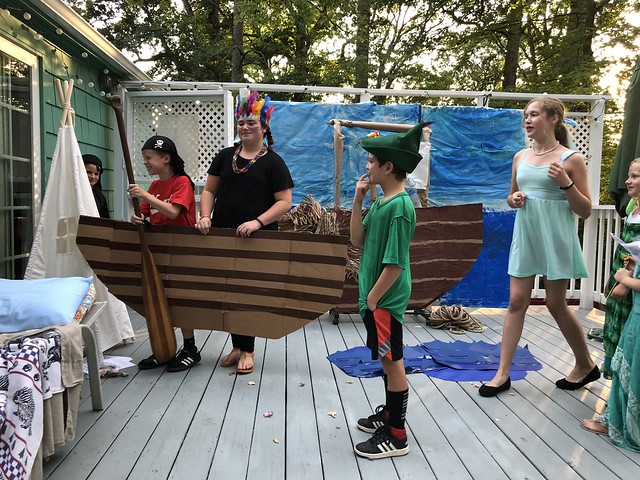 And we were all very proud of the outcome. It was a fun show, and the after-party with all our neighbors was fun, too. 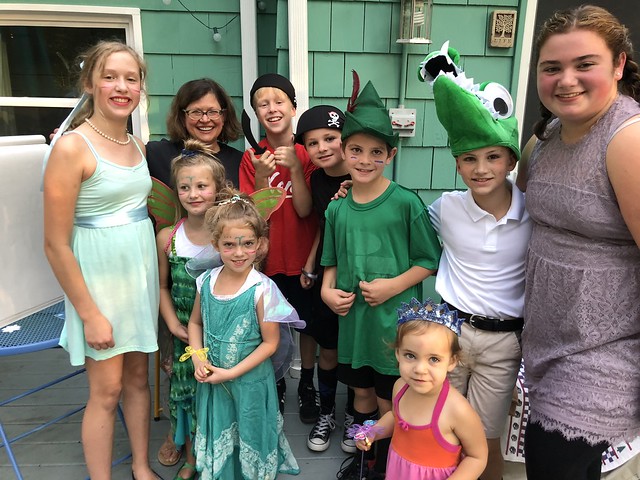 On Saturday, I got to go for a long run with friends in the morning and then make a brief appearance at a bachelor party for another friend before heading to Elliot’s soccer game in the afternoon. After Elliot’s game, we drove up to Cleveland to watch an Indians’ game. Our boys have gotten into the habit the traditional birthday-cake-and-ice-cream-with-games-and-presents-in-the-backyard sort of party with getting tickets to a game and inviting a friend along for our “birthday party” — and the Indians’ game was Cor’s choice for how to celebrate his special day this year. 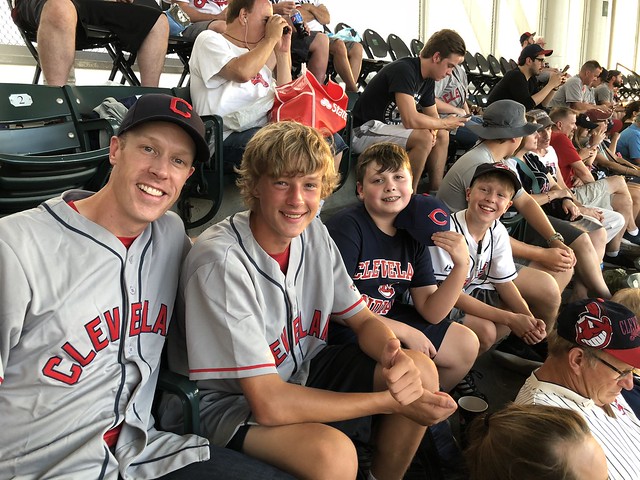 The Indians lost, 5-3, but we had fun watching the game — and getting special promotional jerseys (as being among the first 12,000 fans in attendance) hearkening back to the last Indians team to win the World Series. 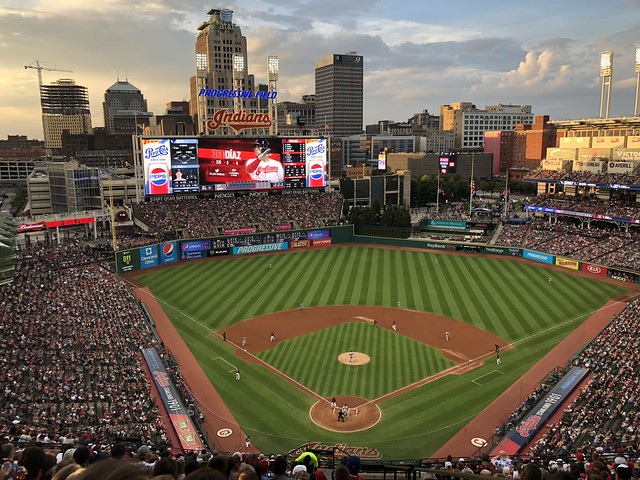 Then on Sunday, squeezed in between H2O events, we celebrated Cor’s actual birthday with a special lunch and some sweet treats shared in the evening with some of the H2O Life Group leaders we help to coach and support. 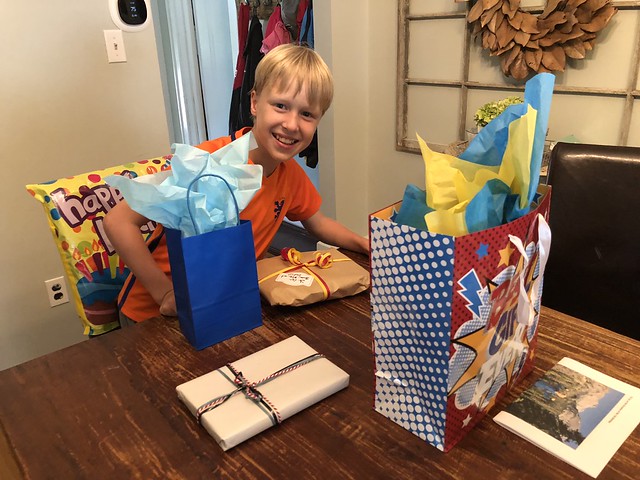 Cor seemed pleased with the way his birthday played out (I always worry that he feels shorted by having his birthday fall during such a busy season of the year) — and our whole family benefited from the opportunities to reconnect, after all the beginning-of-the-year hurrying and scurrying. 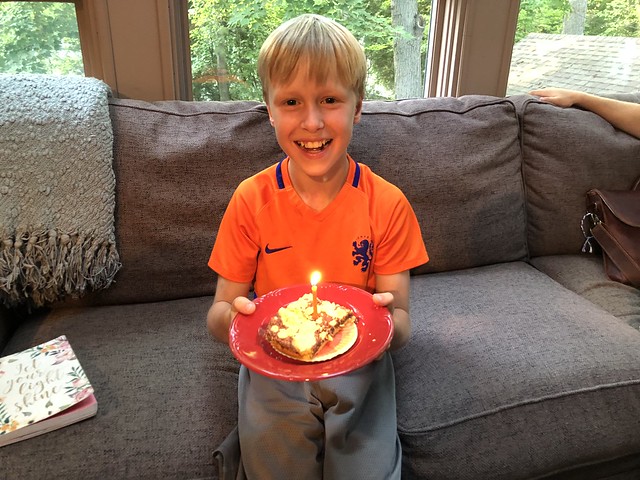 Today, we’re taking time to sleep in, watch some television, and grill out on the deck. It feels good to camp out at the End of the Trail for a little while, even if we have to shoulder our packs and hit the trails again tomorrow.