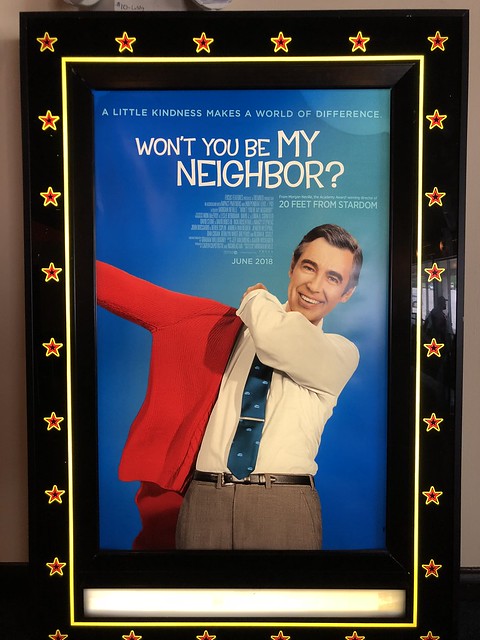 The movie opens with a familiar face in an unfamiliar setting: Mister (Fred) Rogers sitting at a grand piano, sleeves rolled up, talking to the camera about his philosophy regarding children’s television. The footage is black-and-white, poorly-lit. The tone and cadence of speech he uses in addressing the adult just off-camera are surprisingly similar his manner with children on his television program (the audience eventually learns, over the course of the film, that this is simply how Mister Rogers communicated). But his words make it clear that he’s thought with depth and complexity about the dynamics at work in his apparently-simple show. I’m immediately impressed by his innovative thinking and his compassion towards others.

My respect only increases as the rest of his story plays out.

I had heard positive things about the new documentary “Won’t You Be My Neighbor?” But the actual experience surpassed expectations. I laughed. I cried. I ruminated on culture, faith, and the future. I was inspired to be a better friend, a better pastor, and a better father. And I didn’t even like Mister Rogers Neighborhood all that much, back in the day!

I used to think Mister Rogers was antiquated and out of touch, but after seeing “Won’t You Be My Neighbor?” I’m inclined to think he was a genius and a visionary. 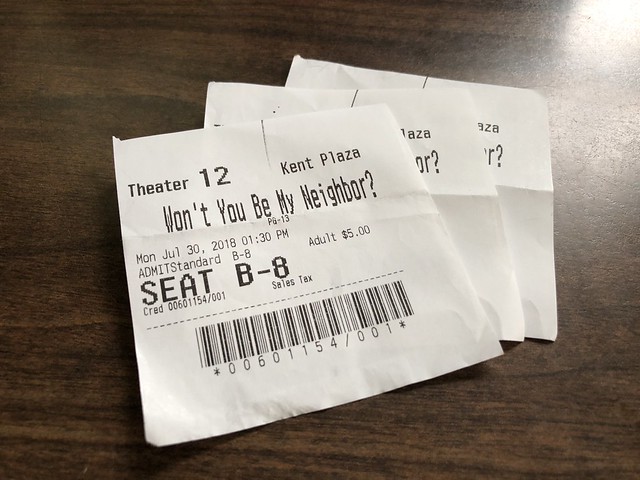 The parts of the film that grabbed me the most were the ways he embodied his Christian faith and the way this came out with people like Francois Clemens (“Officer Clemens” on the show) and a crusty old crew member on the set at WQED (whose name has been surprisingly difficult to track down on the internet!). It would seem that Clemens’ homosexuality and the crew member’s crude language and practical jokes would challenge Mister Rogers’ “Neighborliness” — yet instead of antagonism, their interactions created endearment. Even beyond the kindness to children and the forward-thinking approach to race relations, which seem to typify most discussions of Mister Rogers Neighborhood, there was a genuine, behind-the-scenes embodiment of loving his “Neighbor” that set Mister Rogers apart.

I’d love to see the Church of today grab onto some of these same principles and practices. We Christians haven’t seen a lot of great examples over the last couple of decades since Mister Rogers Neighborhood went off the air — as we’ve gotten caught up in “Culture Wars” and political entanglements and polarizing perspectives — but Mister Rogers seems to have been the real deal: someone whom we can emulate in looking to the people around us and saying, “Won’t You Be My Neighbor?”