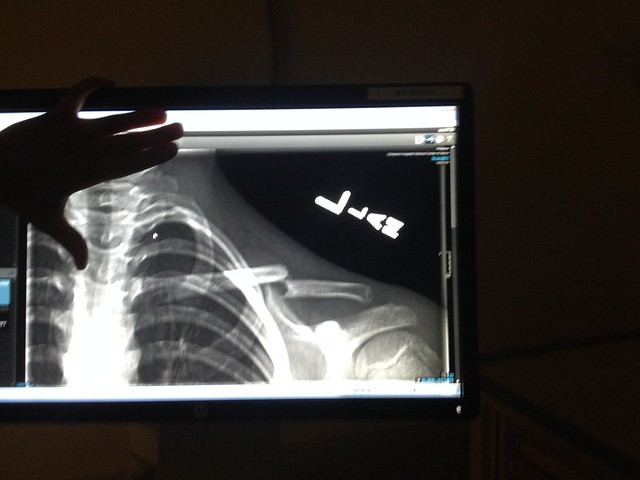 Cor had to take a trip to the Emergency Department at Akron Children’s Hospital earlier this week to be treated for a broken collarbone. He sustained the injury while doing some backyard stunts in our neighborhood.

It puts a bit of a damper on the summer, for sure, but I’ve actually been surprised to notice that none of us are too bummed about it. 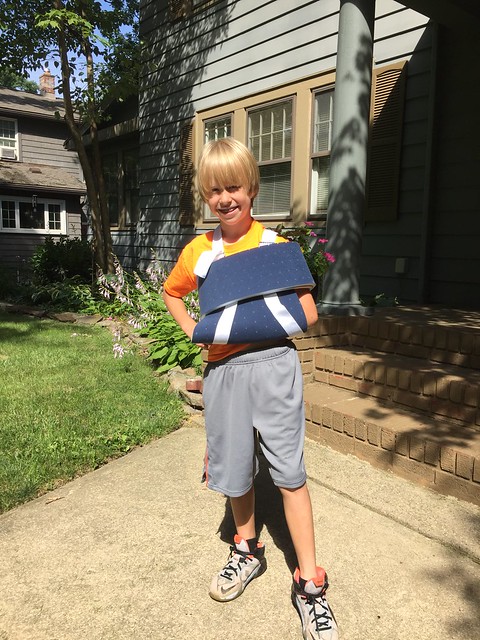 Some of that may be due to the minimal impact Cor’s broken collarbone has on our lives right now. He’s not in school, so we don’t have to worry about mitigating the effects of the injury on his studies. We’ve got family visiting later in the month, but it sounds like a decent possibility that he’ll be able to take the sling off by then anyway (though he’ll need to be careful about playing sports with the cousins). As far as broken bones are concerned, it’s a fairly common injury and fairly simple healing process. Long-term consequences should be minimal.

The most striking aspect of this situation, however, has been Cor’s own positive attitude toward things. As the “baby” of our family, he tends to be the most demonstrative when it comes to pain, and he tends to “need” help more than the other kids. You would think that a broken collarbone would exacerbate these tendencies, wouldn’t you? But it hasn’t! 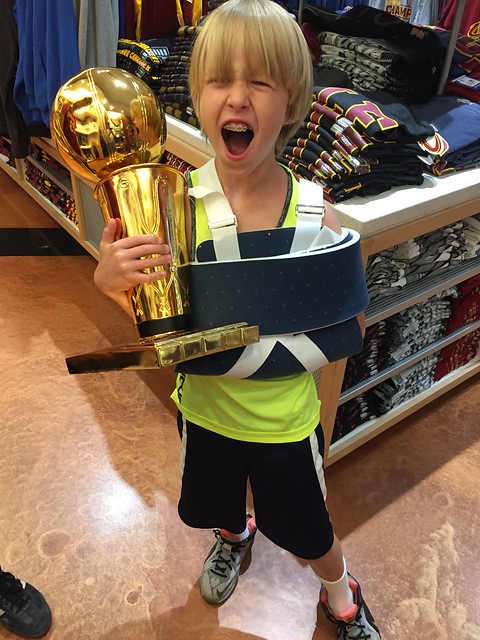 In fact, I think this situation has highlighted the benefits of Cor’s position as the “baby” in our family. He’s always been a bit more ready to take risks (which is a general tendency of third-born children) — and we (as more experienced parents) have been willing to let him take risks — and we’ve all learned to accept the outcomes that are associated with taking risks. Cor also tends to live in the moment, so he’s chosen to embrace the fun and funny stuff that comes along with an injury like this: extra attention from family and friends, extra ice cream and media time, and stories to tell from the experience.

I’m sure there are still going to be moments of discouragement and discomfort through the recovery process ahead, but I’m proud of how Cor has handled things so far.

This entry was posted in Children, Family. Bookmark the permalink.