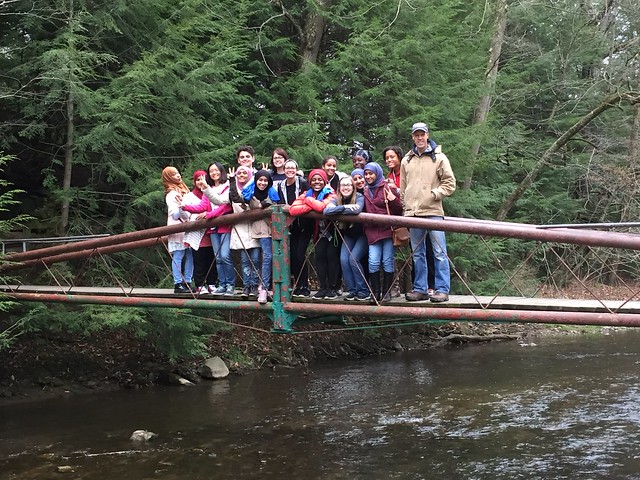 Greetings from Kent! This past weekend, I ran a 15.5-mile trail race over the mud, rocks, and roots of the Cuyahoga Valley National Park. They called it the Fools 25K because (1) it was the first weekend in April and (2) only a fool would torture oneself in that way! I ran with a group of people from H2O. Two of the younger guys nearly passed out at different points, and one of our more-experienced runners had some issues with his calves seizing up — but I did all right. The last mile and a half before the finish line was almost all inclined, some quite steep. It took great determination and focus to keep moving forward. With perseverance and patience, however, I made it across the finish line with an enormous feeling of gratitude and accomplishment. 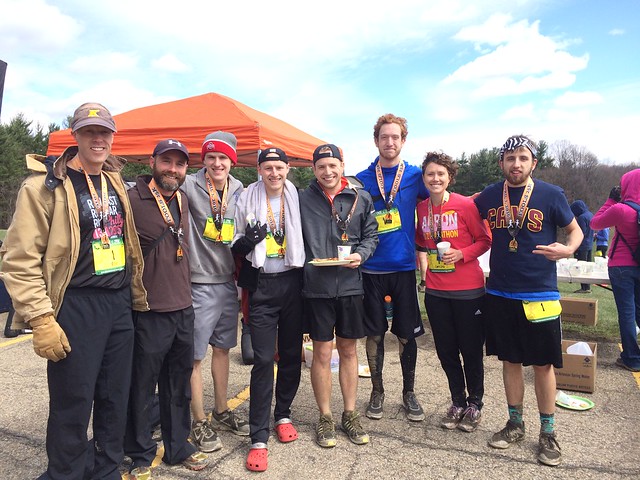 Now: Why am I telling you all this in the context of a prayer letter, ostensibly about our ministry at Kent State University? It’s because I notice a lot of similarities between my Fools 25K Trail Race and the collegiate ministry calendar. We’ve got just a little more than a month until Final Exams, and it feels like we’re hitting the final ascent toward the finish line. Stress levels are noticeably elevated. Many students are drooping and dropping under the pressures of projects and papers. Our own family feels pushed to the limit with the combination of ministry activities, school activities, extracurricular activities, and such. But we’re pressing onward, looking forward to our finish line!

Part of our current state of exhaustion undoubtedly relates to the kind of Spring Break we had at the end of March. Marci had to take care of the kids by herself, while I traveled with a group of college students to learn and serve in the most impoverished county in Ohio: Columbiana County, the point where Ohio, Pennsylvania, and West Virginia converge. The trip was organized by the University’s Office of Experiential Education and Civic Engagement, a secular entity, but I was asked to recruit a few students from H2O and join the group as a leader. Our group ate at the poverty level ($6 per person per day). We slept in rickety bunk beds. We spent our days doing physical labor. All in all, I probably put in about 75 hours of ministry that week, so it was a misnomer to call it a “break.” Even so, it was an incomparable opportunity for ministry. 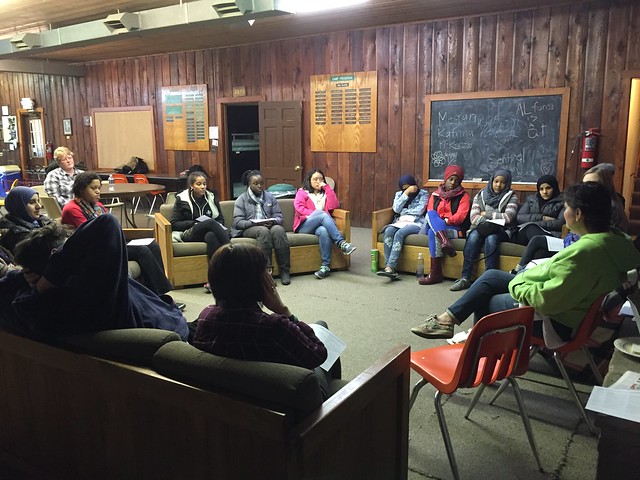 Where else would we be able to gather such an eclectic mix of Kent State students — eating, sleeping, working, and playing in close proximity to one another for a whole week?!? There were sixteen of us for the week, with only four committed Christians (as far as I could tell). Eight of us were from the USA, six from Oman, one from China, and one from Ghana. We had a couple of sorority girls… a gay guy from Chicago who was literally a stand-up comedian… people aspiring to become doctors, politicians, architects, media producers… a disproportionate representation from Kent State’s minority populations… And we were all teamed up together! 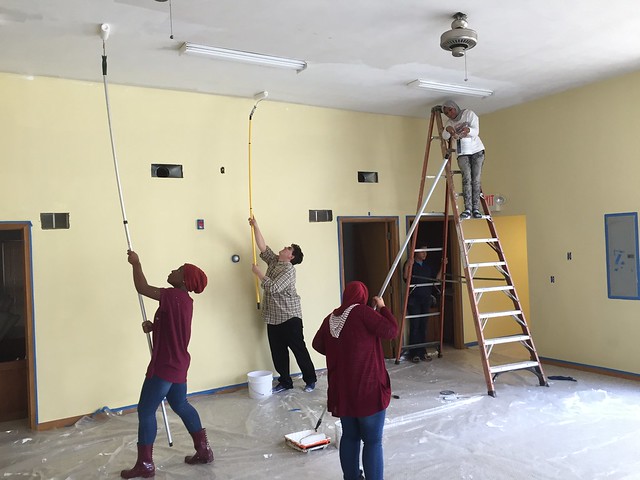 Throughout the day, we worked side-by-side, listening to each other’s music, learning each other’s languages, hearing each other’s stories. And then at night, we sat in a circle and talked together about our experiences, our thoughts, feelings, opinions, and beliefs. The topic of faith came up regularly, and every student got to hear at least some element of the Gospel. We were able to organize an optional Bible study for the half-hour before breakfast each day, and one young woman asked specifically for a Bible to take home with her. Opportunities like these just don’t come along very often! It was actually more exercise in mission than I’ve experienced in the majority of my Christian-organized mission trips! 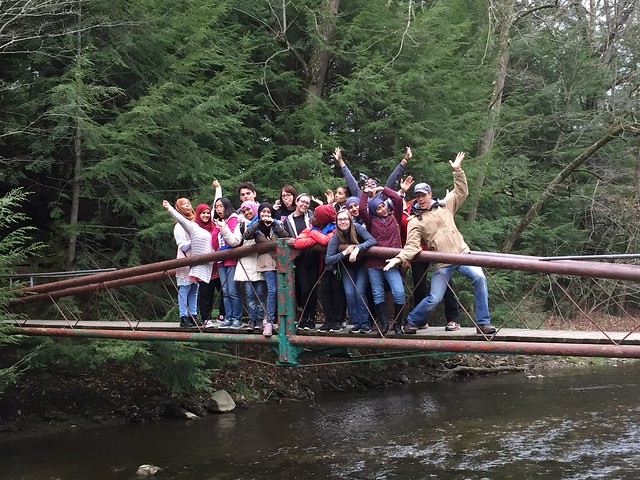 I think of Samantha, who spent perhaps 40 minutes talking with the director of a drug- and alcohol rehabilitation center after he shared his own story coming out of addiction (thanks in large part to God’s work in his life)… I think of the Omani women who formed genuine friendships with American Christians, possibly removing some obstacles for the future — and in any event equipping us for more effective outreach to Muslims back in Kent… I think of Michael, who shared during the last group reflection time that his week among observant Muslims and Christians prompted him to more seriously seek out questions of faith upon his return to Kent… I think about AnnAleada, an underclassman who came on the trip because of her involvement with H2O, and who seemed to experience some pretty significant spiritual and personal growth throughout the course of the week… And I even think about the one student who was something of a thorn in my side for most of the week — reacting with explosive anger at multiple points, triggering at any indication of the oblivion in which many people of privilege live, and isolating herself from other team members. She was a significant challenge, but I tried to listen to her and love her — and I hope that she might have seen something of Christ in me.

Looking back, I can clearly see God’s hand on the week. Since returning to Kent, it’s occurred to me that many specific prayers were answered on the trip: that I would be able to develop more meaningful relationships with international students (especially those from the Middle East and North Africa)… that H2O students would deliberately engage with the Outward Journey… that I would prioritize people over tasks… and that I would sow seeds of the Gospel as often and as much as I can. The trip really was an answer to prayer, and I’m thankful to God for it. I’m thankful for you, too, for all the prayer and practical support you provide! Please pray with me for opportunities to follow up on the relationships that were formed over Spring Break — and please pray for a sense of endurance to finish the school year strong. We’ll be in touch…