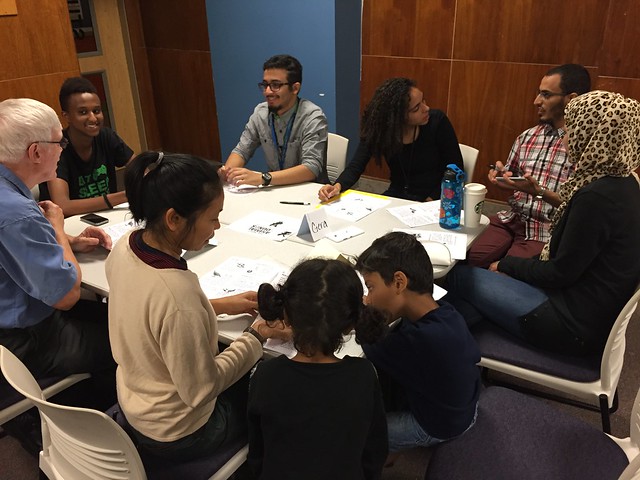 Keep on loving one another as brothers and sisters. Do not forget to show hospitality to strangers, for by so doing some people have shown hospitality to angels without knowing it. (Hebrews 13:1-2)

Greetings from Kent! It’s Spring: the season of new life! The sniffles and sneezes of our winter viruses and sinus infections are giving way to the sniffles and sneezes of seasonal allergies. But hey, we’ll take it! In all seriousness, though, we’re doing well. I took the kids on a walk down by the river yesterday afternoon, and it was so refreshing to see the signs of new life springing up everywhere. I’ve also been recently refreshed by the way that the book of Hebrews provides perspective on the new life we have in Christ. What a wonder Jesus’ crucifixion and resurrection really are for us! Seasons of struggle, like winters, can be painful — but later on, they yield “the peaceful fruit called righteousness to everyone who has been trained by it” (Hebrews 12:11). I feel optimistic, coming out of this winter and into the home stretch of campus ministry.

Our church is sending out mission teams from Kent later this month, over the University’s Spring Break (March 19-27): specifically to Columbiana County, Ohio, and Mazatlan, Mexico. Yet even more than the missions opportunities 75 miles or 2,275 miles away, I’m getting excited to think what God might do with the missions opportunities we’ve been pursuing right here in Kent, as this school year stretches toward its conclusion in May.

In particular, I’m praying for some of the international friends I’ve made this year, knowing that our time together is short. Every Tuesday evening, I join with an eclectic mix of students, scholars, and volunteers in an “English Conversation Corner” on the third floor of the Student Center. Native English speakers are recruited from H2O to pair up or get in small groups with people learning to speak English as their second (or third or fourth) language. This year, 31 different people from 10 different countries have taken part in our Tuesday evening English Conversation Corner. There are, however, three international friends in particular who have been especially consistent in their involvement. Their unique personalities have begun to emerge as they’ve learned to express themselves, and I’ve come to love them, like brothers and a sister. As such, my prayers for them are growing more fervent as we come to the end of the school year.

Will you please join me in asking for God to reveal Himself to these friends so they may become true spiritual siblings in Christ? 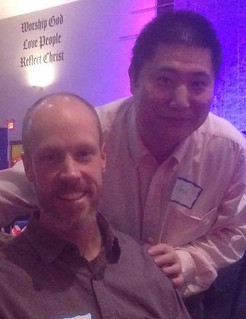 Zhengke (a.k.a. Hank) is a visiting scholar from China. He has a wife and a son back in Beijing, but he is making the most of his opportunity to study Economics during his time here in the United States. My kids and I got to celebrate Chinese New Year with him about a month ago, taking advantage of an invitation I’d received to join a number of other Chinese Christians in Kent. There Hank heard the Gospel in both English and Chinese, and since then we’ve had a few follow-up discussions about spiritual things. His language skills are still limited enough, however, that it’s hard to know how much is getting through to his heart. I take comfort in the fact that God is able to transcend all barriers to communication, whether here or back in China. Still I’m hoping for breakthrough sometime in the next couple of months. 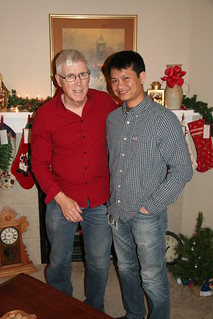 Thang (a.k.a. Victor) is a visiting scholar and PhD candidate from Vietnam. He also has a family back home (two kids, even!), but he’s hoping to stay in Kent beyond this year, pending the outcome of his application to the Mathematics Department’s doctoral program. Victor has visited H2O and another church in town, and there seems to be some level of spiritual openness in spite of his upbringing as an atheistic Communist. Still, I don’t believe that Victor (a fairly literal translation of his Vietnamese name) has yet placed his faith in Christ for his victory over sin and death. I’m praying that he will, and particularly that my parents might be able to play a role in his salvation. He’s become especially close to them this year (even helping to paint my Dad’s office at one point!). Victor’s time in the United States may not be as short as the others, but even so I want to pursue more serious spiritual conversations with him in the next several weeks. 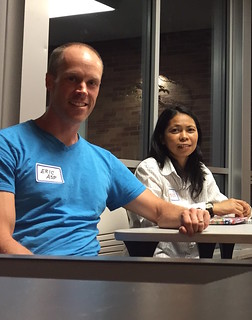 Wanna (pronounced much like the Hispanic name, “Juana”) is an undergraduate student from Thailand, pursuing a degree in Education. She is single, and has already been studying in the United States for a couple of years, but she likes to practice her English with our group. Her quick laughter and positive attitude enrich our group greatly. Her level of proficiency in English is the highest of these three close friends I’ve developed this year, yet for some reason our level of spiritual dialogue has been the lowest. I’m praying for opportunities to address that before the end of this school year.

Please pray with me for Hank, Victor, and Wanna! Pray also for me, for Dave (my Dad), Gera, and Kayla — the American volunteers who have developed the closest connections with these three — that we may be bold in proclaiming the Gospel as God presents the opportunities. We’ll be in touch…