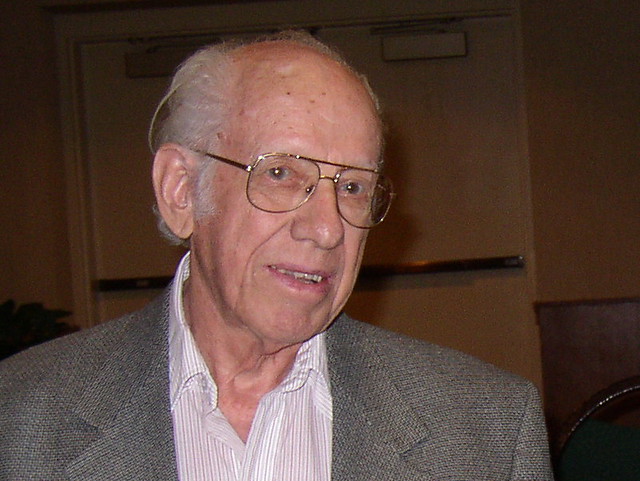 My Grandpa, Ezra H Liechty, died on Saturday. He was the last of my grandparents, those titans of Brokaw’s “Greatest Generation” who saved the world from economic collapse, from Fascism and its attendant Holocaust, from Communism and its attendant threats of nuclear holocaust. It was my Grandpa Liechty and his 20th Century cohorts who built the United States into a world power through their industry and ingenuity. Now, sadly, we must learn how to live without them.

It’s a terrible, vulnerable feeling as the older branches of our family tree get knocked off slowly. The air is colder. The wind is stronger. The rain beats harder. Even the sunlight is more intense. I feel awfully exposed, as I inch closer to being at the top of the tree, at the upper levels of the forest canopy.

Fortunately, we who survive are not left defenseless. We’ve had many years to prepare ourselves for this, and my Grandpa Liechty provided a great deal of shelter and sustenance to us through all his years at the top of the family tree. He gave me two of my first three jobs. Every time we went out to a restaurant, it was his treat. He gave me a stake of the ownership in the real estate business he built up over decades of tireless toil and wise management. Even in his death, there is reason to believe that I will inherit a portion of my Grandpa’s material wealth. This week, however, I’ve been thinking about the other, immaterial, things I’ve inherited from my Grandpa Liechty, and the list has been surprisingly extensive. 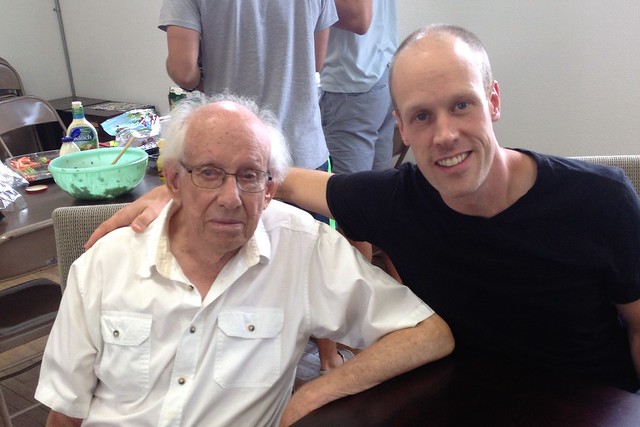 For instance, several of my physical characteristics seem to have come from my Grandpa Liechty: male pattern baldness… large, flat feet… strong seasonal allergies. I know. The most-direct genetic links may not always seem the most desirable. That notwithstanding, my Grandpa Liechty was also the one who often took long walks to the post office, through all kinds of harsh North Dakota weather. In his earlier years, I understand he even took to wearing galoshes and carrying a bowling ball bag around in the rain, just for the sake of physical fitness! Now, whenever I’m out training for a marathon until my socks squish from the rain or my beard is encrusted in ice from sub-zero temperatures, I wonder how much of that capacity for discomfort and stick-to-itiveness I got from my Grandpa Liechty. Like his mother before him, my Grandpa Liechty also stayed healthy and lucid into his mid-90s — and, well, even if the years are sprinkled with some hay-fever, there’s something to be said for being (or at least hoping to be) a chip off that block.

I’ve also inherited my Grandpa Liechty’s sense of place. He and my Grandma traveled far more broadly than any of my other relatives: to Sweden, Switzerland, China, the Netherlands, and all across the North American continent. They branched out to explore and experience a great many things that the world had to offer; still, they were proud to keep their roots in Jamestown, North Dakota, in the Midwest region of the United States of America. I once dared to scoff at the “boring” scenery of the Great Plains — so much grass and sky, and so little of anything else — but Grandpa Liechty was quick to correct me. “This is a good place,” he said. “Don’t forget this is a good place, and don’t let anyone tell you otherwise.” Indeed I haven’t. Even after nearly a decade in Europe, I moved back to the American Midwest, inexpressibly thankful for both branches and roots. I still love to travel, and I still love to call myself a Midwesterner, just like my Grandpa Liechty.

The inheritance from my Grandpa Liechty includes a great many other things as well: a soft spot for good pie and cheap coffee… a preference for the bottom-most line in a four-part harmony… a need for periodic solitude… a fondness for summer evening Minnesota Twins baseball games on the radio or television (even when one is too tired to stay up all the way until the end of the game)… a fierce sense of family loyalty… and a lifelong commitment to the Church.

I simply wouldn’t be the person I am today without my Grandpa Liechty. He’s left us now, but he hasn’t left us empty-handed. I carry his life and his legacy with me, in me, as I continue stretching, growing, reaching for the sky.

This entry was posted in Family, Introspection, Nostalgia. Bookmark the permalink.