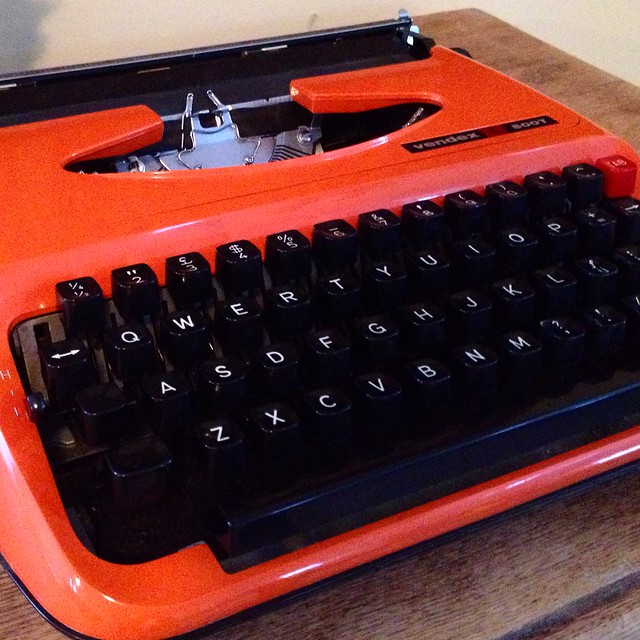 I just completed the first draft of the first chapter of what I hope might become my first book. I’m pretty excited about it.

The story is not at all ready to share with the world or anything like that, yet. Even so, the accomplishment feels like a milestone. It won’t mean much, of course, if I don’t see the process through to its conclusion. Still this feels like a very real step in a very real direction. This project is much more serious than any of the other writing I’ve done up to this point in my life.

Frederick Buechner’s Speak What We Feel (Not What we Ought to Say) has been a valuable guide to me in the writing process. In the introduction to this book, Buechner reports it is Red Smith who once said that “It’s really very easy to be a writer — all you have to do is sit down at the typewriter and open a vein.” But then, he adds, “Typewriters are few and far between these days, and vein-openers have never grown on trees.” He goes on to suggest that “Vein-opening writers are putting not just themselves into their books, but themselves at their nakedest and most vulnerable.” And this, I think, is what makes me most encouraged about the progress I’ve made on this project so far. I’m simultaneously proud of the work I’ve done and embarrassed by the level to which such writing could potentially expose me.

Katherine Paterson’s Stories of My Life is another guide to me, and I’ve increasingly appreciated her joke that “Writing is a lot cheaper than psychotherapy.” Early journal scratchings and story fragments had cast me in the role of unsuspecting hero. Greatness thrust upon me and all that sort of rhetoric. But as I’ve followed Paterson’s advice that “Unless you can find yourself in your villain, he or she will remain a cardboard character,” I’ve received a powerful lesson in humility. My eyes have genuinely been opened in this process — and I’m already thankful for the experience, regardless of what comes (or doesn’t come) next.

I’d share more about the experience, you know, but I should probably get back to writing again now…

This entry was posted in Introspection, Reading, Recommended Reading, Writing. Bookmark the permalink.