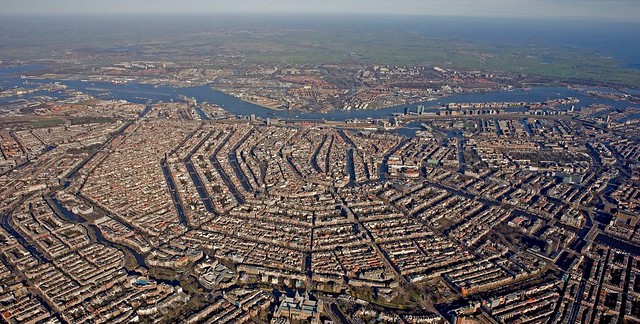 Last week, I posted a three-part series featuring text from an essay entitled “Reflections on the American Missionary Presence in Western Europe,” by Dr. Arthur F. Glasser. The words were published nearly thirty years ago, and I only stumbled across a photocopied version of the Reflections in the back cover of a book that had been given to me a full three years ago. Still I felt that Glasser’s thoughts were (and are) highly-relevant for more recent missionary endeavors, including “The Amsterdam Project / The Zolder / Zolder50 / Amsterdam50,” with which I was involved from 2001 through 2012. Consequently, I wanted Glasser’s Reflections to be presented in their own right, without interruption or immediate interpretation.

Now I’d like to offer my reflections on Glasser’s Reflections. Or, My Reflections on My American Missionary Presence in Amsterdam. So: Which of Glasser’s three models best represents our work in Amsterdam? I see elements of all three. The Independent Model was probably closest match, but we included clear components of the Submerged Model, and even traces of the Parochial Model.

Why do I say the Independent Model was the closest match? Our American Missionary group went to Europe with a clear conviction that church-planting was the way to go (and, for the record, my conviction has not changed that the church as God’s redemptive vehicle in the world today). Back in the early 2000s, we felt God led us to an under-served population — young people in Amsterdam’s city center — who we felt uniquely-qualified to reach, as experienced collegiate disciple-makers and church-planters. We didn’t want to ignore or override the work of European Evangelicals (as in the Parochial Model), but we felt that we could supplement or complement their ministry efforts. As Glasser suggested, our mantra to Dutch church leaders really was, “We want to help you; we want to serve you.” Unlike Glasser’s characterization, however, we did not have “well-worked-out programs” waiting in the wings. You’ll have to trust me on that one. If anything, we might have been a bit too open-minded in our approach to ministry.

We matched up with Glasser’s Submerged Model in the way we brought no out-of-the-box solutions with us. We thoroughly deconstructed our notions of church-planting (again, almost to a fault!) — and talked regularly and intentionally about doing things “outside the box.” Like Glasser’s depiction of missionaries in this Submerged Model (which clearly claimed his preference), we had “no desire to devote [our] energies and the resources of [our] churches to cultivating exotic American transplants in Europe’s uncongenial soils.” I clearly remember team meetings and support presentations speaking along these lines, almost verbatim. We looked to the New Testament and our host culture for our guidebook and little else. We genuinely sought to bless the people of Amsterdam and merely pour fuel on the fires God had already been kindling throughout the city.

That being said, I cringe at the uncanny resemblance between some of Glasser’s descriptions of the Independent Model and the Parochial Model (which he disdained) and our ministry efforts throughout our Amsterdam years. I felt nailed to the wall by these lines in particular:

“Who wants to get ‘used’ and become promotional fodder for Americans to use on their home front? Or worse, who wants to see some of their best lay people leave to start a ‘New Testament church’ with those friendly, American ‘helpers’?”

“Others have broken with the Americans and begun to drift, some into isolated, lonely interiorization of their faith, out of touch with European evangelical church life. Still others have abandoned evangelical Protestantism altogether in order to reaffirm their Europeanness.”

“Many new local churches have been started through this approach, but most of these have never become entirely self-supporting, much less self-propagating. And all of this at what cost in missionary years of service and money and material!”

What’s the take-away? We need humility, reflection, and dialogue! Lots of ongoing humility, ongoing reflection, and ongoing dialogue. Truth be told, I feel that Glasser’s conclusions regarding the American Missionary Presence in Western Europe may be a bit overstated. I suspect that outsiders may play a role which could never be fully replicated by established churches. I prefer to take a generational view of church, where natural life cycles for birth, growth, reproduction, and death occur on a regular basis, under all different kinds of circumstances. I’m also inclined to agree with Jesus’ assessment that “anyone who is not against us if for us” (Mark 9:40). That is: even where things are being done imperfectly, I’m glad that they’re being done.

If I could travel back in time to 2000ish and start “The Amsterdam Project” all over again, I would do quite a few things differently — leaning on many of the same principles Glasser identified. I would go with a significantly-smaller team and actively avoid renting facilities, promoting public events, and casting grand visions until much later in the process (if at all). I would tone down our imagery of villainy and heroism — radically-altering (or expunging from the record!) some of our Amsterdam Project brochures and videos. I would make Dutch our church’s default language of exchange (even when many of the young, Dutch, potential leaders insisted that English brought a fresh perspective that they needed). I would have invested a lot more energy in relationships with churches like Via Nova and the Jeruzalemkerk.

That being said, I would still go. And it would be some level of “church planting.” I choose to believe that God used our Amsterdam years — either in spite of, or perhaps by way of, all the accompanying foibles, failures, and regrets — to help establish His Kingdom on earth as it is in heaven. At the very least, I can confirm that those years accomplished a great deal in my life. And I hope the process will continue in successive lives and ministries. To God is the Kingdom, and the Power, and Glory for ever and ever. Amen.