North America’s Great Plains have a reputation for boredom. It’s understandable. There’s a lot of grass and grains — and not much else — to look at as one travels throughout the region. I must disagree, however, with the idea that the Great Plains are boring. I think they’re beautiful. Breathtaking, actually. Even after fifteen hours of driving across the Dakotas over a span of four days in the last week, I didn’t find myself bored for a second. 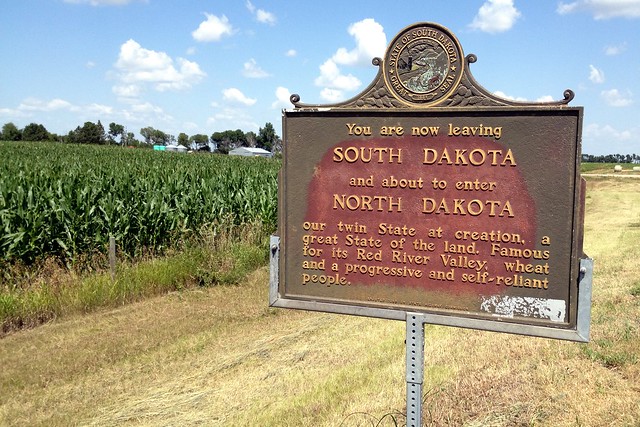 The openness that others seem to find so boring is precisely what thrills me. I feel like I can breathe more deeply in the Great Plains. I can stretch out my arms and dance. Driving a rental car at breakneck speed along U.S. Route 83 for three hours yesterday morning, I passed more ring-necked pheasants than I passed other automobiles (though if I passed ten of either in an hour, it was a “busy” stretch of highway)! How can one capture — with words or with images — the essence of such an experience?!? The landscape rolls. The skies stretch. Endless oceans of grass, wheat, corn, and sunflowers span as far as the eye can see; and the eye can see quite far, with visibility measured not just in miles but in dozens of miles. I’m speaking in these grand, sweeping terms; still I cannot do justice to the magnificence of the Great Plains. 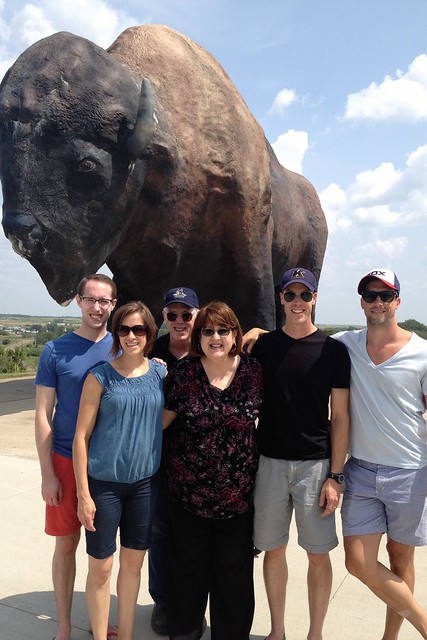 I suppose the Great Plains are in my blood. My immigrant great-grandparents and great-great grandparents settled on the prairies in the last decades of the 19th Century and first decades of the 20th Century. My mother was born in a small farming community in central North Dakota. My father grew up chasing gophers in western Minnesota. Throughout my childhood, long road trips up to Minnesota and North Dakota were the very definition of “family vacation.” The people that the historical marker between the Dakotas describes as “a progressive and self-reliant people” are my people.

Given my family history, it makes sense that I have a soft spot for the Great Plains. Even so, I believe the beauty of the Dakotas goes beyond familial loyalty or nostalgia. I suspect it’s something that anyone could appreciate… if they’d just lay aside their notions of their region’s “boredom” and give it a try sometime. 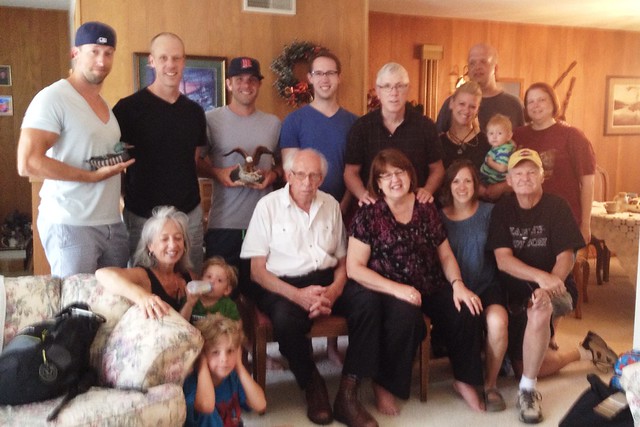 [For those who might be interested — even if it’s only my extended family — I’ve posted a collection of my favorite photographs from my four days in the Dakotas on Flickr, where they can be viewed and/or downloaded at maximum-resolution.]

This entry was posted in Family, Nostalgia, Photography, The United States of America, Travel. Bookmark the permalink.