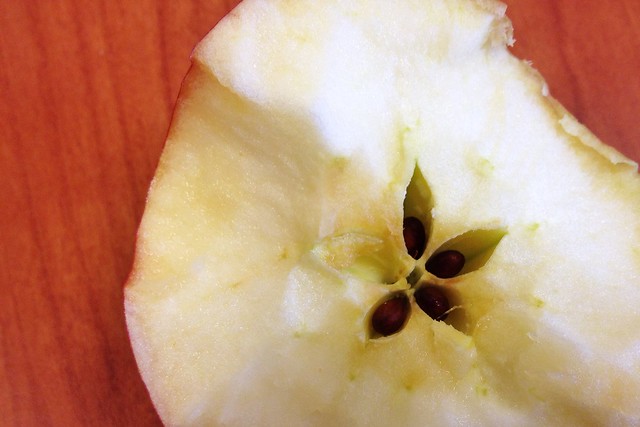 To call someone a One-Testicled Man is high praise in the Netherlands: Bikkel. Some Dutchmen might dispute the etymology of this word — preferring for the word to point to some sort of tool or bone — but I rather appreciate the quirky back-story of the lone testicle. In any event, this word “bikkel” connotes masculinity and toughness. Perhaps a bit like calling a guy “Tommy Tough-Nuts” in American vernacular. “He’s got more manliness in one testicle than most guys have with two.” 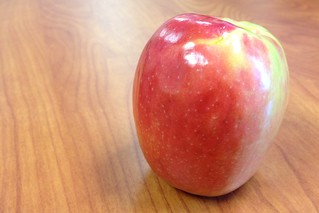 Anyway — there’s one true proving ground for anyone who might want to present himself as a bikkel to the rest of the world: the way a man eats an apple. Ironically enough, the very person who taught me the word bikkel also happens to be one of the two true bikkels who taught me how to eat an apple like a man. I met Marco Pauws when he was a college student at the Vrije Universiteit in Amsterdam — but even as a very young person, he exuded serious manliness. Especially when it came to eating apples.

One day, we were hanging out at the university, and Marco took out an apple from his pocket and started crunching away at it. I didn’t think much of it. We continued our conversation — but at some point I noticed that there was no apple in my friend’s hands anymore. No core either. The only piece of the apple that remained was its stem. So I asked him what had happened, and he confirmed my suspicions: He had eaten the entire apple, core and all. Wat een bikkel…

The only other person who I had ever known to eat an apple in such a way was my grandfather-in-law, Bill Hettinger (a.k.a. Incredi-Bill). He, however, had been an old Ohio farmer, and his level of manliness — or should I say bikkelheid — seemed, frankly, untouchable. When I saw Marco’s manliness at work with that apple, however, I felt I could be a bikkel too. If I could just learn how to eat an apple all the way through. 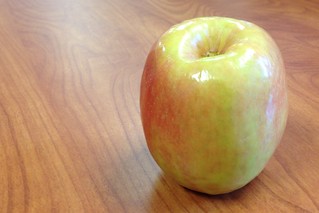 So I gave it a try, and I quickly learned that it was important to start with a proper eating strategy. Many people tend to think of an apple as being “right side up” when we look at it the same way that it hangs off of the tree branch (the stem serving as something of a “North Pole” to the spherical shape of the apple). Most people’s first bite tends to be from the “Tropics” of the apple’s meaty midsection. To eat an apple like a man, though, it’s better to start from the “South Pole” of the apple — and then work one’s way “North” towards the stem. This way, the varying textures of the apple can be enjoyed all the way from the start of the apple-eating experience to its conclusion. 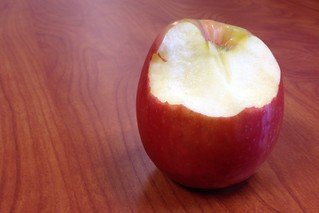 I will not deny that my initial motivation for eating apples this way was pure vanity — wanting to look kind of “Bad-Asp” — and it definitely took me some time to get used to the texture. But along the way, another friend told me about some studies suggesting that there may actually be health benefits to eating whole apples instead of just throwing away the cores.

This is obviously second-hand information (which I’ve never felt particularly motivated to research), but apparently there is some correlation between eating whole apples and decreased risk towards certain types of cancer. Apparently the theory goes that trace amounts of arsenic in the apple seeds — which aren’t strong enough to kill healthy cells — basically poison and kill the cells that are in the early stages of mutation which lead to cancer. Thus, those who hone their toughness by eating whole apples may end up making themselves tougher in the fight against cancer. Again, I would hate for this to be taken as scientific fact, but the suggestion alone provided me with enough information to persevere in learning how to eat an apple like a bikkel. 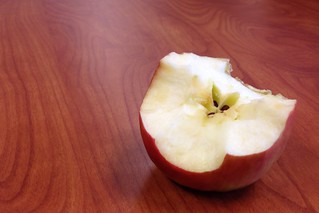 In time, I actually started to prefer the taste and texture of eating apples in this way, from “South Pole” to “North Pole.” Not only did it make me look cool… Not only did it potentially provide some health benefits… It actually proved to be a more enjoyable eating experience to eat apples in the way I had learned from Marco Pauws and Bill Hettinger! It came to feel like combining fruits and nuts, in some kind of self-contained trail mix. The flavor of the apple seeds is similar to the flavor of almonds. The differing textures are surprisingly pleasant, once you get used to them. And there’s a cool star pattern embedded in the core of every apple that’s kind of beautiful to look at. 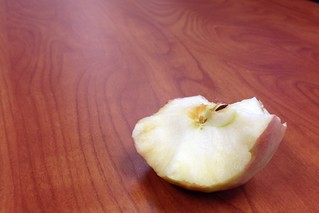 There are virtually no drawbacks to eating apples in this way (the fibrous parts of the core occasionally getting stuck in one’s teeth is literally the only disadvantage that comes to mind). By the time one gets to the last few bites of the apple — the “Arctic regions,” if you will — there’s nothing but the sweet, juicy, meaty stuff left. When the last bite is finished, nothing but the stem of the apple remains, which can easily be flicked into the trash or the roadside (100 percent biodegradable), or even stashed in one’s pocket if need be.

I’m thoroughly convinced that this is the way apples were meant to be eaten. 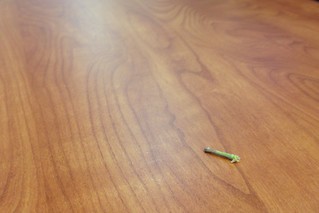 I cannot pretend to be as much of a bikkel as Marco Pauws or Bill Hettinger — but I do feel a good bit more manly whenever I find myself enjoying a healthy afternoon snack in this way. And now you can, too.

Try it. Even if you happen to be a woman, you can eat an apple like a man. Let me know what you think. It’s a rite of passage that may change the way you eat apples for the rest of your life.

This entry was posted in Food, Nostalgia, Recreation. Bookmark the permalink.

2 Responses to How to Eat an Apple Like a Man