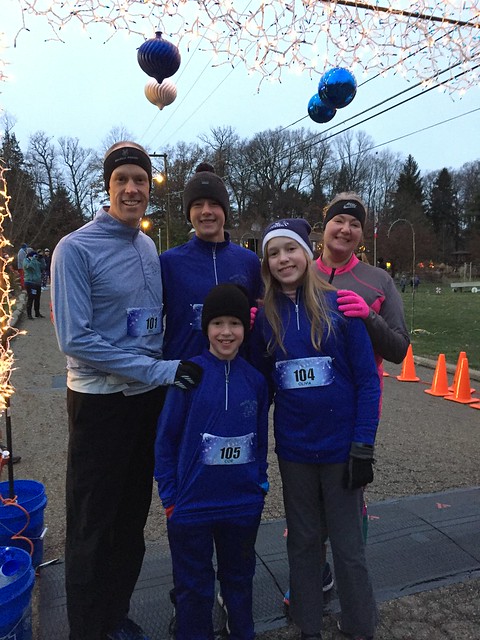 After I finished my first marathon — Canton’s Hall of Fame City Challenge — back in 2013, I started getting e-mails from their local running club, runCanton. On a whim, our family decided to sign up for their holiday-themed 5K: the Frosty Frolic.

The concept borrows some conventions from most other 5K races, but with some creative substitutions. The race starts in the evening, instead of the morning, to include the Holiday Light display in Canton’s downtown park. A race-shirt is included in the registration for all runners — but they’re long-sleeved, quarter-zip tech shirts, emblazoned with the Frosty Frolic logo, instead of T-shirts. All finishers get medals that match the theme for the year’s race (i.e. shaped like a sleigh, a snowflake, a snow-globe, etc.). And instead of Gatorade and a banana at the end of the race, Christmas cookie and hot chocolate are provided. 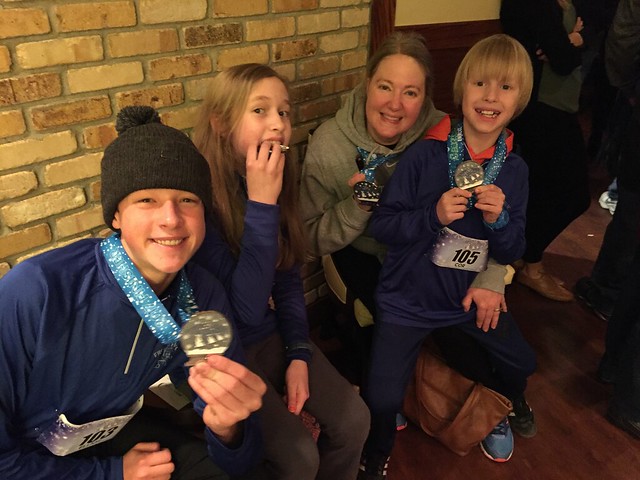 Even though we had to fight through some sickness and an unfortunate accident with locking ourselves out of our vehicle that first year, we enjoyed the tradition enough that we signed up again the following year. And every year since. 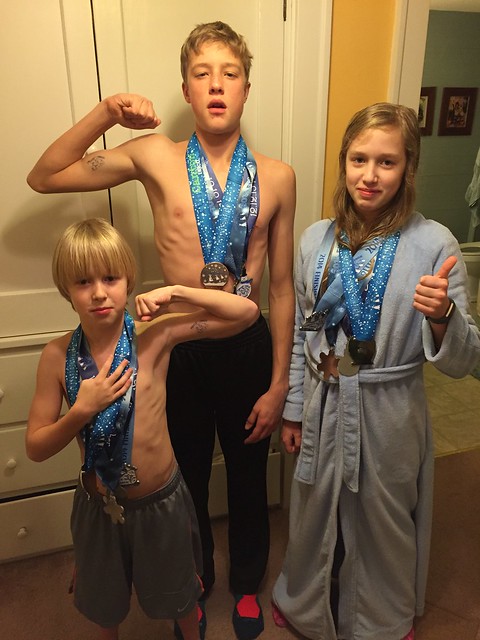 It’s become one of the fun, quirky things we do to enjoy special family time at this time of the year. We generally don’t concern ourselves with our “performance” in the Frosty Frolic (though Elliot’s pace is getting noticeably faster, year after year — finishing a respectable 23rd out of the 1,100 participants in 2017). Even so, the kids have enjoyed racking up the medals, year after year: now enough that they feel kind of like Michael Phelps at the end of the Summer Olympics.

More than anything, our family’s annual participation in the Frosty Frolic is about having fun and being a family.

This entry was posted in Family, Recreation, Running, Traditions. Bookmark the permalink.