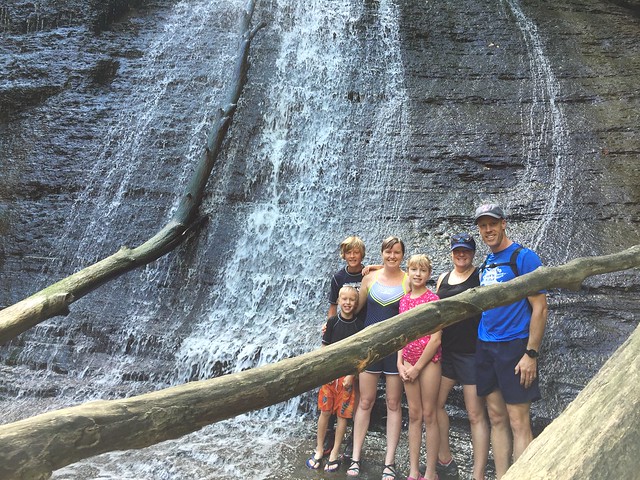 In Amsterdam, we got lots of visitors. They were prepared to be impressed. Inclined toward romanticism, if anything. Consequently, my inclination would be to show them “the real Amsterdam” that lay off the beaten path. I’d bring people along for the bicycle commute from our apartment to our kids’ school, winding through the busy bicycle paths of our working-class, immigrant-laden neighborhood. I’d take people to stand in line with me and the locals at the bakery which served the best raisin bread in town. Not that there was anything wrong with visiting the Anne Frank Huis, or watching the street performers on the Dam, or taking pictures of the windmills and 17th Century canal houses. I just thought that visitors could get a more complete, more rounded picture of the city by seeing the nitty-gritty, everyday stuff that couldn’t be found in the travel books. 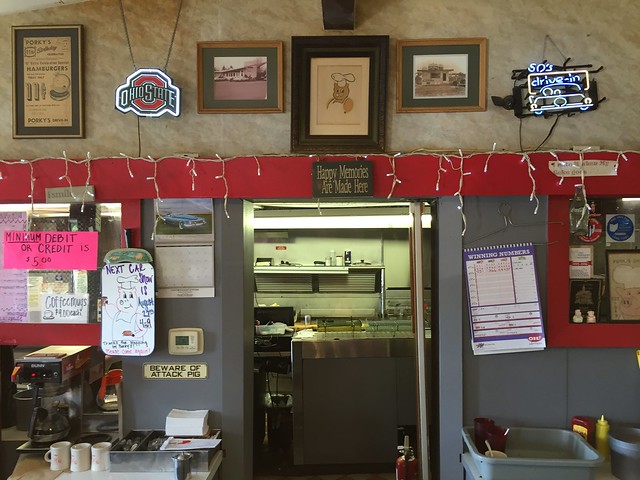 Kent, Ohio, however, is not as much of an international destination. If anything, northeast Ohio has a poor reputation or negative connotation for a lot of people. Certainly not much in the way of travel books that have been written about this corner of the world. So how does one show the subtle beauty and brilliance of “the real Kent” allowing a visitor to get a full picture that’s not just nitty-gritty, everyday stuff? 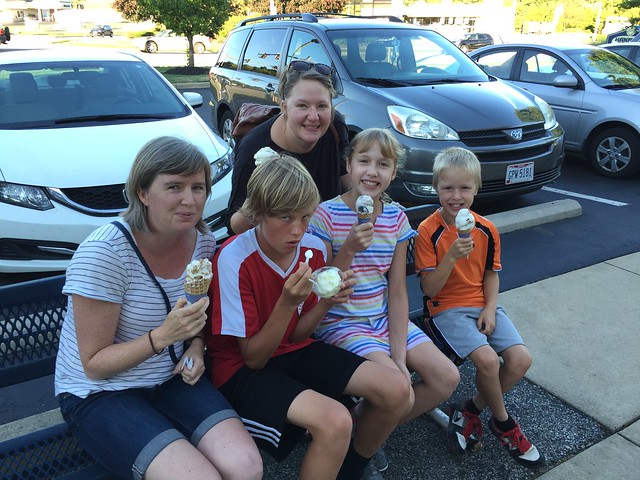 These were the questions on my mind when we welcomed our dear friend Claire, from Amsterdam, to Kent for the weekend. We took her out to Handel’s for generous portions of Spouse Like a House ice cream, served in fresh waffle cones. We relaxed and talked about old times in our living room, while images of the summer Olympics played in the background and Marci and I folded laundry. We went for a hike up Brandywine Creek, in the Cuyahoga Valley National Park. We had lunch at the local orchard as it hosted a Sweet Corn Festival. We worshipped together with a couple dozen friends from H2O and then went out for Claire’s first taste of Chipotle. And we putzed around at my parents’ house, along with my sister and her kids, doing home improvement projects and catching up on life. And then we took her on a long car ride through the state’s rolling farmlands, stopping for cheese samples at Grandpa’s Cheesebarn and milkshakes at Porky’s Drive-In. 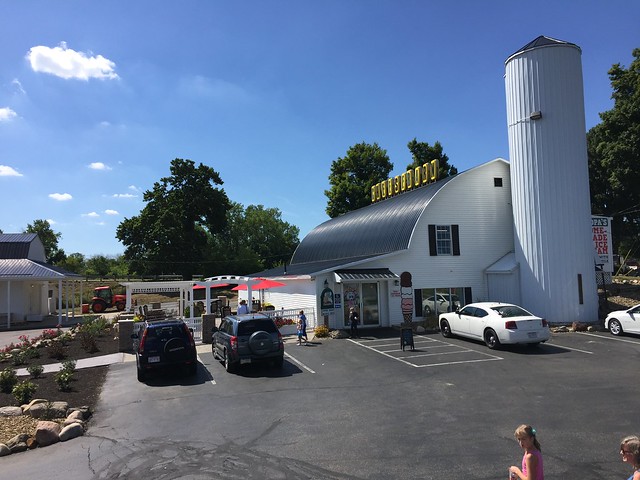 I felt insecure about what we had to offer (though it should be said that Claire was an absolutely lovely house guest). I wanted our friend to enjoy our corner of the world, even though we had nothing approaching the architectural wonders of Amsterdam or the majestic mountains of Colorado (where many others of our old friends from Amsterdam have settled). I don’t know how much I can control of other people’s perceptions, though. As I reflect on the weekend, however, I realize that those 48 hours really did include a lot of the elements that I’ve really come to love about Ohio: fun with family, living faith, peach pie, peanut butter milkshakes, and deep conversation with friends.

What more could a person want? Whether other people are able to see it or not — I’m glad that I can see the joys of life in Ohio. If other people can see it as well, so much the better.

This entry was posted in Amsterdam, Culture, Introspection, Kent, Ohio, The United States of America, Travel. Bookmark the permalink.