This is the second year in a row that I’ve grown out a beard in the period from Christmas to my birthday (at the end of February); still, the beard is not a normal look for me. People notice. Some offer compliments. Others ask questions. Others (such as my eight-year-old) implore me, with a sense of desperation, when I’m going to shave again. My standard reply to all beard questions is as follows:

“Yeah, you know: it’s a survival mechanism for the winter.”

As I’ve considered the reasons for my two-month beard, however, I’ve realized that the warmth factor is actually a very small part of the reason why I grow things out. Maybe two percent of the overall rationale. If I’m being honest with myself, the real reasons for my beard are more complex and more vain. But hopefully a harmless kind of vanity. Here’s a realistic pie chart dissecting the motivations beneath my recent grooming habits:

It’s silly, I know. But I’d be remiss if I didn’t include a few photographs to demonstrate a few of the factors enumerated above. Eric Asp is a mild-mannered, modern man with an appreciation for artisanal cheeses and good fiction — but Rick Asp (see below) is a daredevil who eats only red meat and watches nothing but action movies starting Sylvester Stallone and Chuck Norris. If you see those aviator sunglasses sliding into place: watch out! You never know what might happen next! 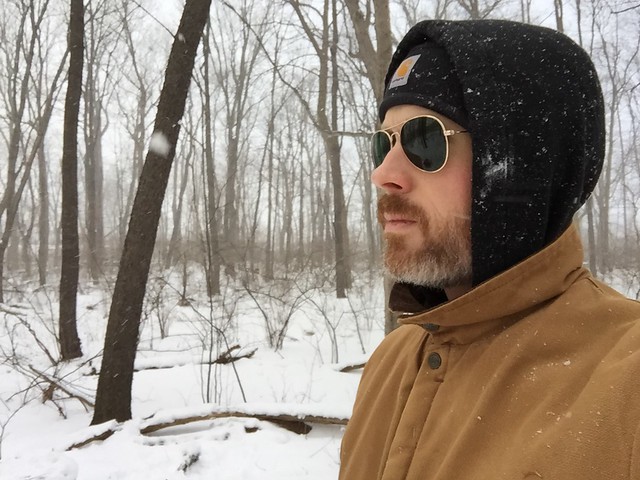 And, of course, then there’s the Ice Beard. Ice Beards are cool. The coolest, in fact. 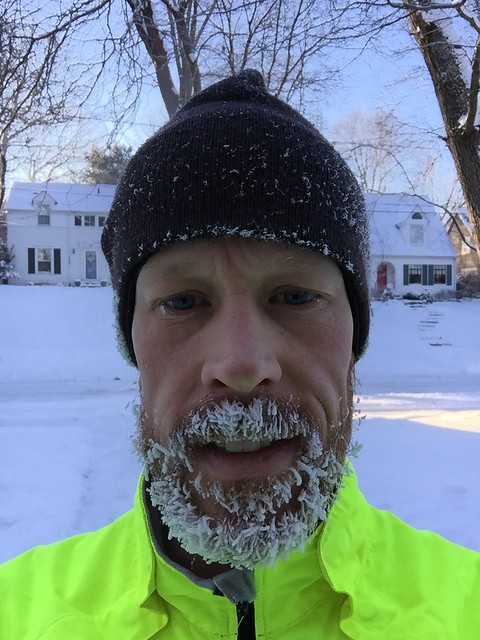 It feels just about as cool as it looks, but it’s really a fairly delicate phenomenon — melting almost instantly upon a return to heated interior spaces, or sometimes just with a shift of wind direction. It’s a bizarre experience, when all the conditions are right — but I find it especially fun, for some reason. Seriously at least a third of the reason why I wanted to grow a beard again this year.

Now that this week’s weather has allowed for a return of the Ice Beard, I’m fully ready for the process of “Addition by Subtraction” I’ll start with shaving the beard off in pieces next week. Perhaps I’ll post more photos towards the end of next week, with some of those transitional forms of facial hair.

For now, though, it’s back to bearded life.

This entry was posted in Introspection, Photography, Recreation, Transition, Weather. Bookmark the permalink.