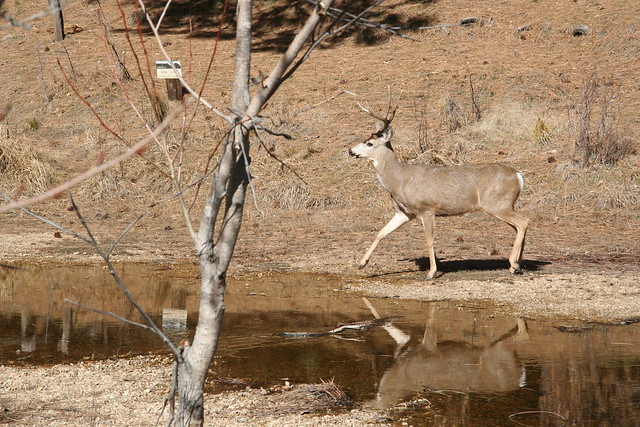 I made it back to Ohio just in time for another blast of winter weather, and I’m actually glad for it. I mean, Yosemite National Park is about as beautiful as it gets in the natural world, and the San Francisco Bay is about as beautiful as it gets in human civilization… And of course the California sunshine was absolutely glorious… Even so, it’s better still to be reunited with my family, hunkered down in our home, dug in with plenty of food and firewood as the storm blows through the area. Such stark serenity has only amplified the beauty of the last week and a half of traveling.

God revealed himself to me in subtle ways throughout the course of my travels. There were no burning bushes, no voice from the heavens, no grand epiphanies. Even so, I’ve been thinking about a special fingerprint that God left behind on my last day in Yosemite.

I was having lunch on a sand bar in the middle of the Merced River, in the shadow of Yosemite National Park’s El Capitan Mountain. It was a deliriously-beautiful spot, with just enough sunlight to keep me warm and comfortable. I was eating my sandwich and soaking up the scenery, and out of the shadows on the north side of the river stepped a beautiful, brown buck. A six-point antler sat on one side of his head (its counterpart apparently shed earlier in the season). He waded out into the water, halfway between the north bank and the sand bar — maybe fifteen feet from where I sat — and he paused, looking at me. I stepped closer to snap a picture; he didn’t run away. In fact, he stepped closer, toward the sand bar where I was standing. 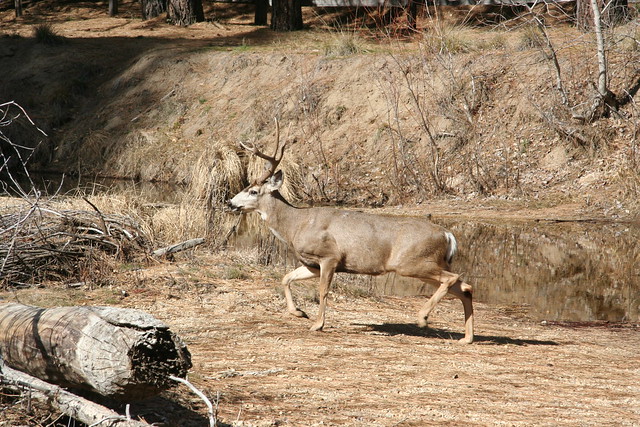 Just ten feet away from me, I started to worry that he might charge (To steal some of my lunch? To defend his territory?). So I backed behind a large boulder in the middle of the sand bar. At this, the deer scampered off to my left, keeping the boulder and a couple of small trees between us. Still, he drew close enough that I could hear the gravel crunch beneath his hooves. I heard the clatter of the deer’s antler making contact with the dry branches of the trees. And then, with another skip and a jump, the buck waded out into the water on the opposite side of the sand bar, toward the river’s south bank. The animal was unhurried, unafraid. He stopped again midstream to turn and look at me again. I snapped another picture. And then he bounded away to the south, through some more trees until he was out of sight. 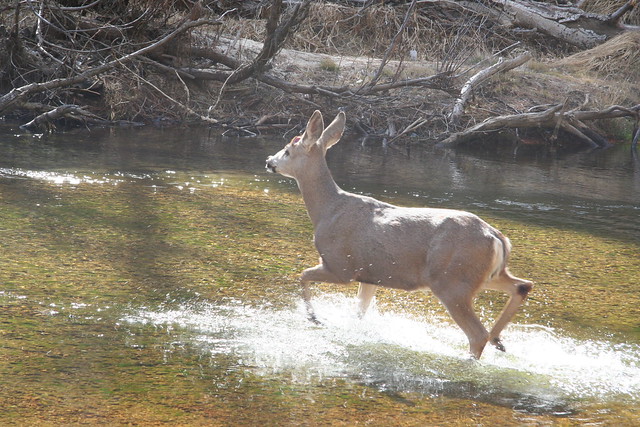 In the midst of all this, I realized that the buck lost his antler somewhere on the sand bar. Clearly, he entered the north fork of the river with a magnificent (if slightly imbalanced) rack crowning his head. Yet equally clearly, he waded through the south fork of the river without a point on his head. So I walked back to the path the deer had taken across the sand bar and — sure enough — his freshly-shed antler was lying there beneath the tree branch with which he had made contact. I picked it up in my hand and found it surprisingly heavy. Hard and smooth, like a small-but-dense statuette from a formal awards ceremony. At the base of the antler, two small, shining dots of blood glistened in the sun, like the last roots of a kid’s baby tooth. 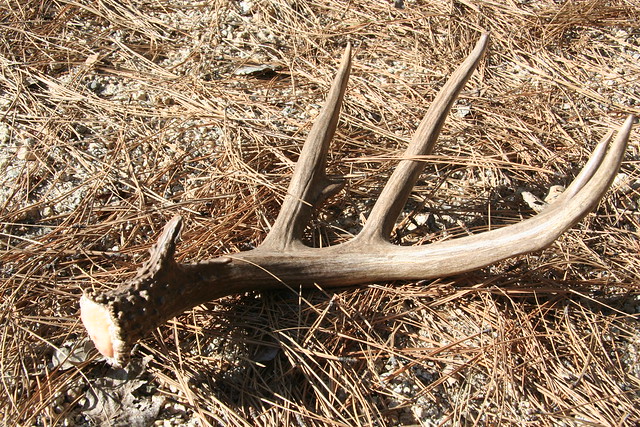 I wrestled with the decision whether to take the antler home with me or leave it there by the river. I held it for two minutes and then put it down again while I gathered up my backpack and camera. When I was ready to go, I picked the antler back up again. I took some pictures of the antler in my hand. I put it back on the dusty gravel and took pictures of it there. I picked it up again and weighed it like a candlestick, like a hatchet. I knew it’s against the policy of the National Park Services to remove any kind of artifact, but it was such a short distance back to the rental car, I was 99 percent sure I could get away with the crime. After one last moment of anguish, I grasped the antler in my left hand and the rest of my gear in my right hand, and I started walking back to the car.

It may seem silly that I was so excited about this antler — but God and I have this special thing, when it comes to deer-sightings.

I remember a very clear moment in northwest Ohio’s Oak Openings Metropark, back when I was trying to make a decision about moving to Amsterdam. After a very intense time of prayer and reading, out among the sand dunes in the center of the park, I came within ten feet of a large doe as I returned to the trailhead. Face-to-face for, like, ten seconds. And while I can’t recall the exact interpretation I attached to that experience at the time, I basically remember that deer-sighting as a stamp of authenticity for the voice of God that I perceived in the time of prayer and study. It sounds kind of silly now, but that deer played a pretty significant part in me making the decision to uproot from Bowling Green and settle in Amsterdam. During our Amsterdam years, I had several other deer-sightings. None quite as significant or specific as that one in Oak Openings — but it seemed like these encounters would happen when I found myself experiencing heavy doubt or discouragement. These deer-sightings provided peace and affirmation, a hearkening back to that original stamp of authenticity. A reminder that God is with me and for me. 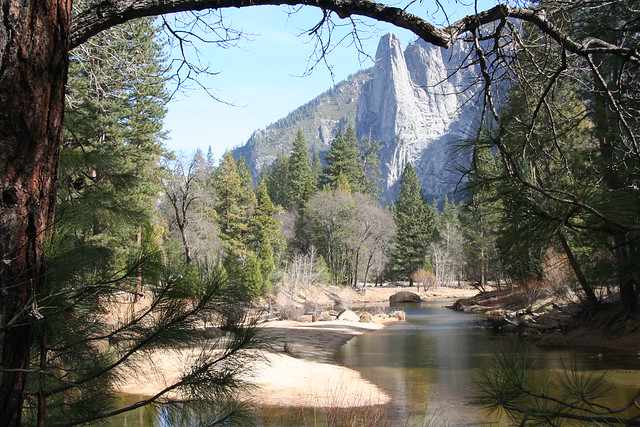 So as I walked back to the parking area with my deer antler in hand, I felt like it was God’s special gift to me: a tangible reminder of His presence and His peace. He had practically dropped it in my lap! So how could I not take it home with me?!? Halfway between the sand bar and the parking area, however, my conscience caught up with me and I dropped the antler into the weeds between the trail and the river. I knew roughly where I could find it again, if I could somehow secure the blessing of a park ranger (which didn’t happen, of course) — but I somehow understood that the antler was not mine to take. I was sad to leave it behind, but I also experienced God’s peace in the decision.

I’ve moved on from that place and that antler. Still I will not forget that sand bar. I will not forget this latest deer-sighting. I will not forget that God loves me dearly. He’s revealed Himself to me time and again, reiterating that He is with me and for me — through thick and thin, from past through future, through sun and storm. “For I am convinced that neither death nor life, neither angels nor demons, neither the present nor the future, nor any powers, neither height nor depth, nor anything else in all creation, will be able to separate us from the love of God that is in Christ Jesus our Lord” (Romans 8:38-39).

This entry was posted in God, Introspection, Prayer, Recreation. Bookmark the permalink.